Well, that was a nice prank. I would have preferred to see his high school coach, former 3x NBA All-Star Brandon Roy, pour a bucket of Gatorade over the head of Michael Porter Jr but since the interview took place at Porter’s home, I don’t think his mom would have appreciated it as much as seeing her son get surprised with a Player of the Year award.

Another cool prank would have been seeing Dwayne Johnson tackle the latest basketball star to come out of Seattle (what are hoopers drinking in Seattle and don’t say Gatorade) when he hugged his girlfriend at the 45 second mark of the video. If you don’t get it, it’s because his girlfriend is actress Madison Pettis, who was the little girl in the 2007 movie ‘The Game Plan.’ 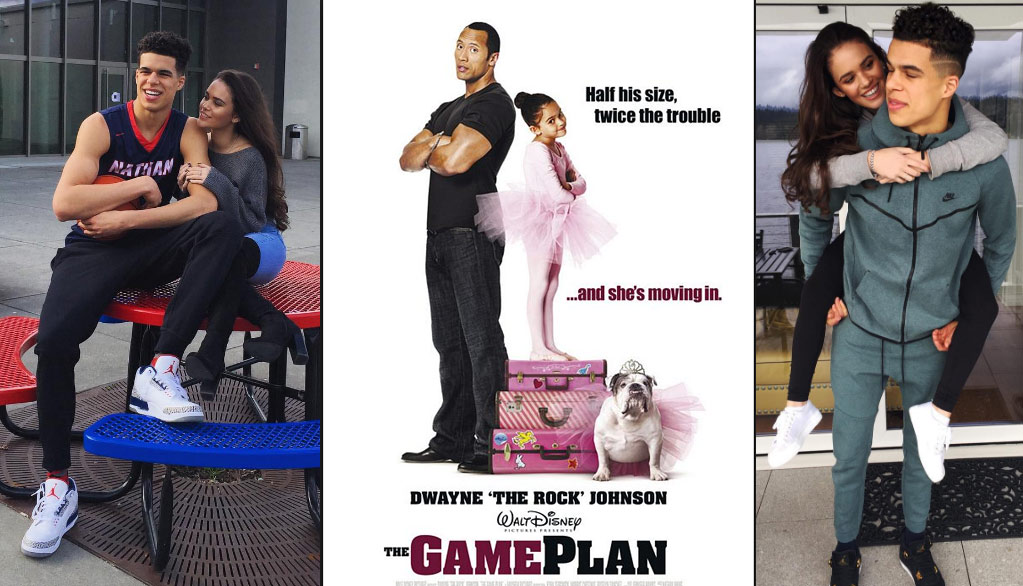 Speaking of a game plan, Washington has released Porter from his letter of intent and he is now reportedly considering Missouri, Virginia, Oklahoma and Washington. FYI, his dad, Michael Porter Sr, just accepted a coaching job at Missouri.