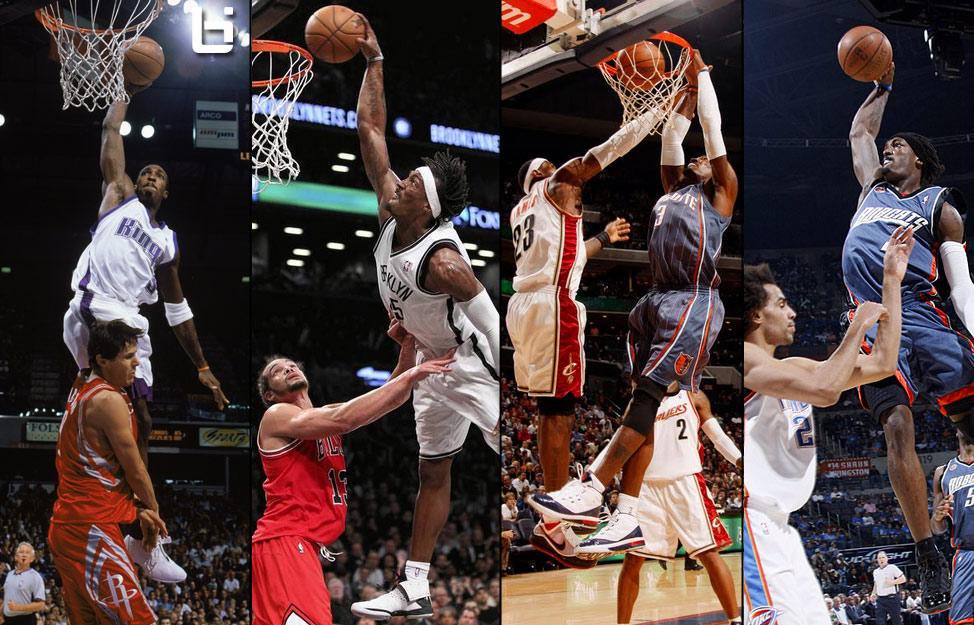 I still remember about 15 years ago, picking up an issue of Slam magazine and reading about this high school kid named Gerald Wallace, who was a “future slam dunk champion.” I also remember, around that same time, the awesome website that was HoopsTV.com showing a tiny pixelated video of Wallace dunking all over his local competition in Alabama and thinking Slam is probably going to be right.

Wallace never did win a dunk contest but he was second to Jason Richardson in 2002 (and embarrassed himself in the 2010 contest) and has thrown down some pretty memorable dunks during his long career — remember Bostjan Nachbar?

Bostjan Nachbar has been long forgotten and unfortunately so has current Boston Celtic Gerald Wallace to many NBA fans. Wallace came to Boston during the blockbuster trades of 2013 and missed most of last season after he tore his meniscus. BUT, the one-time All-Star made his return this season and has been playing (every other game or so), and sometimes scoring, and last night he scored twice, including once over the head of Marvin Williams.

That brought back some good memories. So let’s reminisce and check out some of those memories of a young high-flying Gerald Wallace who me, Slam Magazine and HoopsTV.com thought was going to one day win an NBA dunk contest.