Back in September, Charles Antetokounmpo, the father of four basketball players — Thanasis, Kostas, Alex and Bucks Giannis Antetokounmpo — passed away from a heart attack at the age of 54. On Saturday night, Giannis continued his early MVP campaign with a 44-point masterpiece that included a game-winning dunk and game-saving block. His teammates rewarded him with the game ball, which he dedicated to his father by writing the following on it: This is for Daddy. We got the win tonight and I got 44 points.

“This is for Daddy” is the what five-time MVP Michael Jordan said after the Bulls won their fourth NBA championship on an emotional Father’s Day.

This might sound a little premature, but after watching his growth (literally) over the past couple of years and seeing him put up 37, 34 and 44 to start off this season, I wouldn’t be surprised if I end up putting Giannis and Jordan in the same sentence a few more times in the future. Very near future. 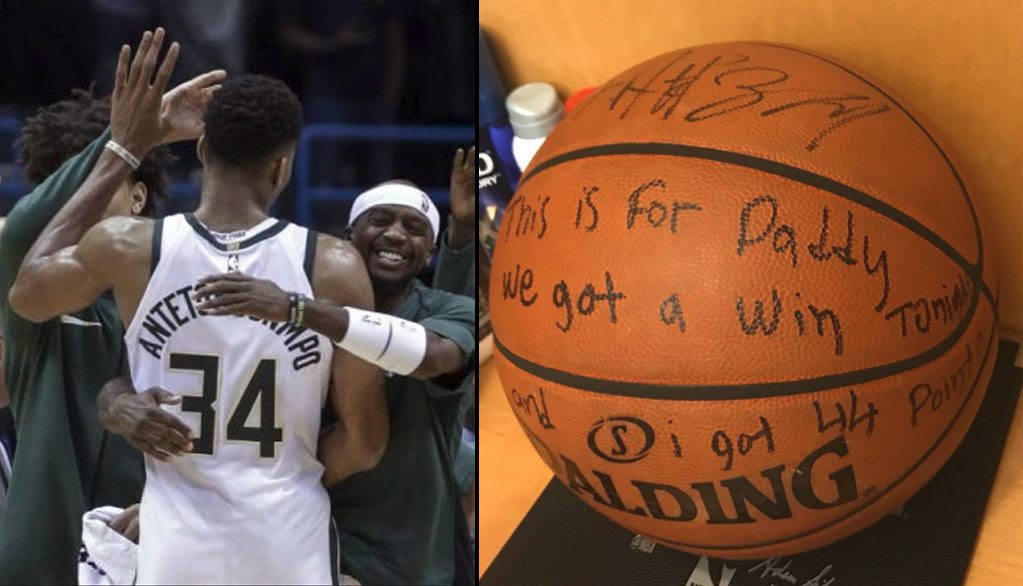 I can’t mention the Antetokounmpos and talk about being a father without bragging about my personal encounter with a few of the brothers. Back in 2015, me and another member of the Ballislife family met with Thanasis an hour before he competed in the D-League dunk contest. Giannis, who lost to Zach LaVine in the NBA Dunk Contest the night before, showed up during the practice to help his older brother work on his dunk routine and provide some motivation. I told them I was missing one of my daughter’s birthdays for this so the brothers gave her a birthday shout out on video.

At the time, my wife and kids responded with “Who?” Last night, my daughter asked if Greek Freak shirts were available in stores.