The day after the NBA dunk contest, we talked to Giannis Antetokounmpo about the event and what other dunks he had in store and all I can say without revealing them is he had a pretty cool idea that would show off his reach and ability to cover a lot of ground.  It’s that type of athleticism and length which also gives him the ability to make some pretty impressive saves like this one from last night against the Warriors. Giannis wasn’t credited with anything in the boxscore for this great play but it’s those type of plays, along with 16 points and 8 rebounds, which makes the 20 year old Greek Freak look like a future All-Star. 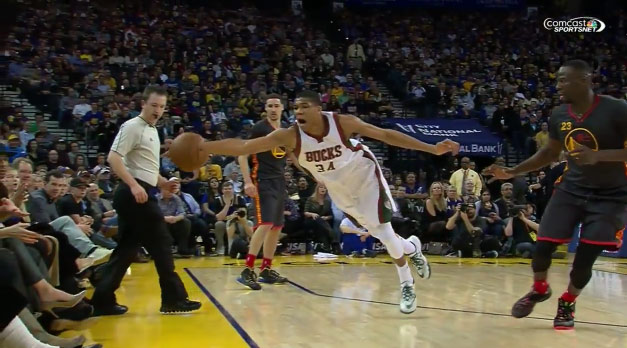