The first came at the 9:56 mark of the third quarter when Giannis threw down a vicious alley-oop and Curry was hit in the back of the head by the ball flying through the net. Curry just smiled as the West bench pointed and laughed at him. While Curry was still trying to figure out what happened, Giannis came up with a steal and was heading right towards him. Not wanting to end up on a poster, Curry just laid on the ground and allowed Giannis to go past him and throw down a windmill dunk. Curry wasn’t so lucky four minutes later when he went up for a rebound and ended up on putback poster by Giannis. Once again, all Curry could do was just laugh and look up to watch a replay of him getting dunked on.

The Greek Freak ended up with 30 points on 14 of 17 shooting, 6 rebounds, 3 steals and 1 block. He was also the only player in the game who attempted to play defense. 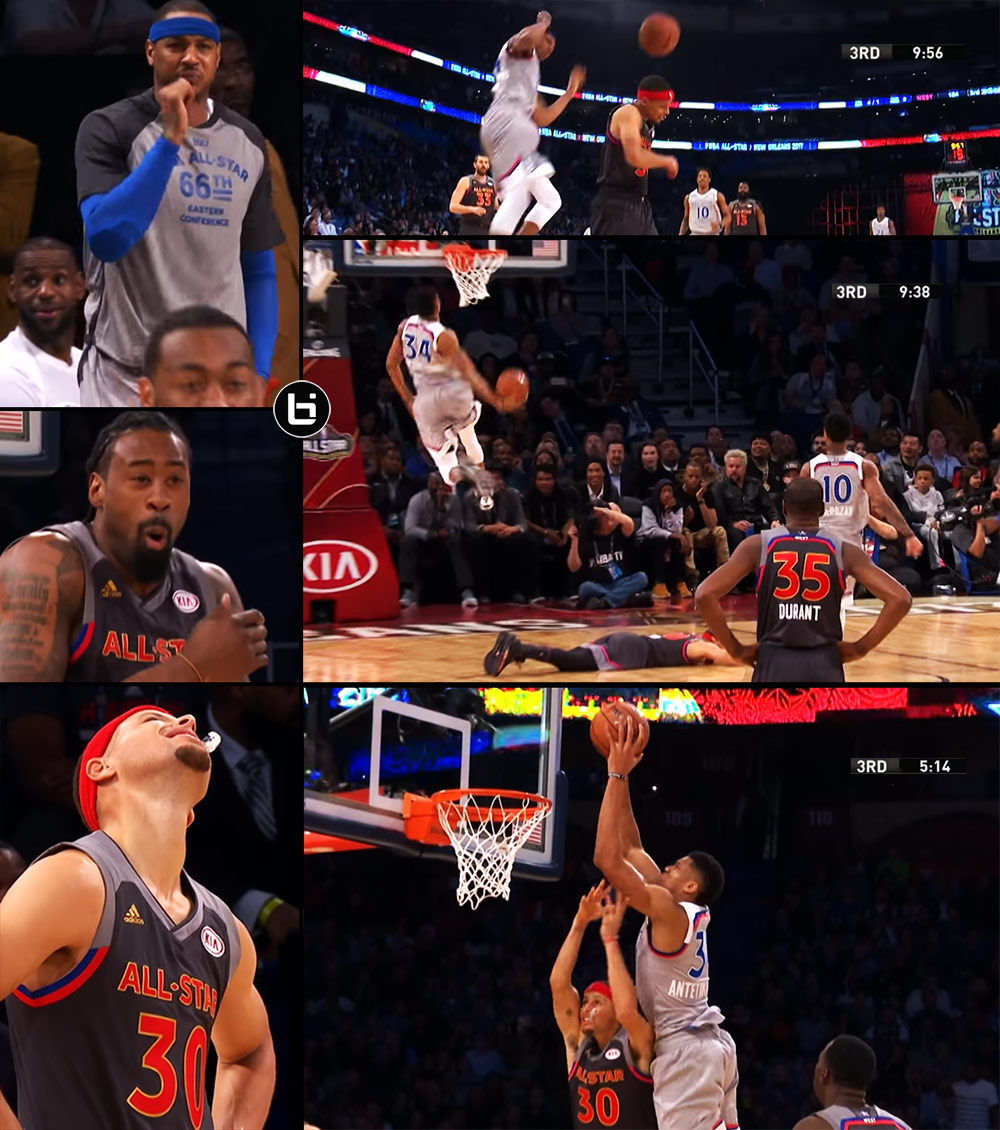