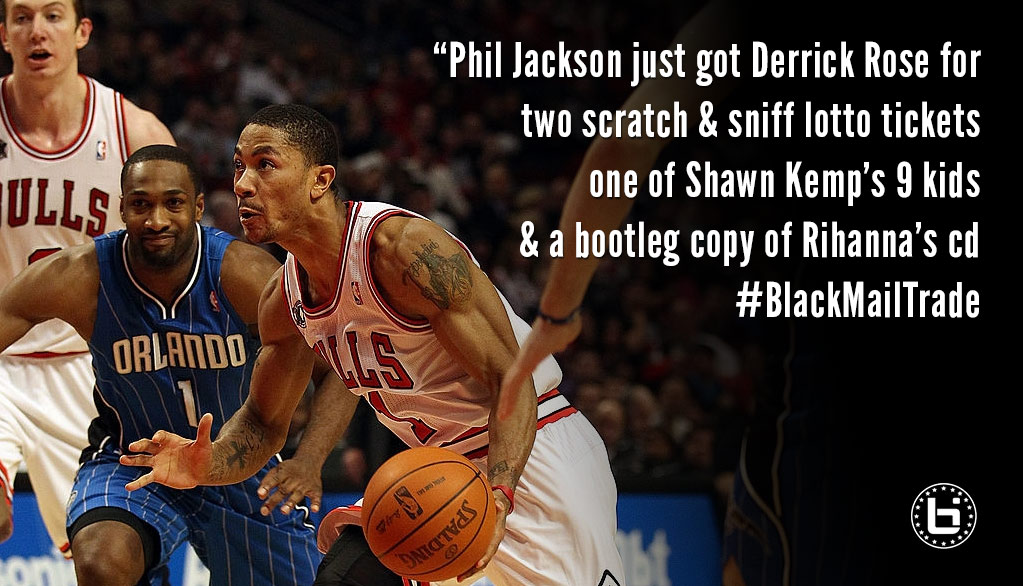 Love him or hate him, Former NBA player Gilbert Arenas is just as entertaining and controversial these days on social media as he was a decade ago when he was having shootouts with Kobe, T-Mac and Javaris Crittenton.

His latest hilarious Instagram post is about the Bulls trading Derrick Rose to the Knicks and it pokes fun at everybody from the traded Knicks’ players (Robin Lopez, Jose Calderon & Jerian Grant), Ayesha Curry, D’Angelo Russell, Roy Hibbert and Caitlyn Jenner.

Hold up wait a min…..I take a nap and wake up to this shit here…. #Drose just got traded for #Calderon and #RobinLopez ? #HUH #ayeshacurry the NBA must be rigged girl lol
#philJackson just got derrick rose for (two scratch and sniff lotto tickets,one of shawn kemp 9 kids and bootleg copy of #riri cd (music of the son WITHOUT #PonDeReplay )
im not saying #chicagobullsGM is doing #crack,all im saying is this move was very CRACKISH….this is like tipping a crackhead outside a #nightclub for waving you over 4 the FREE PARKING SPACE (I was saving this for you big man) #YouJustDontDoIt this is embarrassing CHICAGO….
I could have giving u a better deal then what you got….I need derrick rose on my #YMCA team so ill give u ( the cell phone #deangelorussell used to film his teammates confession last season, I have clear sound bite from when #royhibbert got slapped in preseason by #trevorbooker..u can clearly hear him say #OUCHHHHniggaThatHurts and ill throw in two #AllAccessPasses to go see meek mills Back stage in #toronto during #ovofest hahaha do we have a deal CHICAGO??
Im sorry yall but Phil jackson must have a tape of the bulls GM playing with #caitlynjennerBalls or something to agree to that trade

If you were wondering if Hibachi and Rose ever had any shootouts, in 2010, Arenas connected on 7 of 10 from downtown and put up 30 points off the bench, while Rose had 24 and 8 in a Bulls’ victory.

Arenas was traded a few weeks later and didn’t get many minutes off the bench in his next 3 games against the Bulls. In the final game of the season and against Rose, Arenas had just 5 points as soon-to-be-MVP Rose put up 39.

But Arenas will always have this playoff memory against the Bulls, which inspired the awesome headline: Bulls get shot down by Gilbert Arenas.