Here’s the difference between being arguably the best rookie in the league and being the best player in the league.  During Wednesday’s game between the Melo-less Knicks and Cavs, rookie Kristaps Godzingis stepped up and had 23 points, 13 rebounds, 4 assists and 4 3-pointers….but didn’t score a point in the 4th quarter (we can put some blame on coach Derek Fisher for this).  King James finished with 24 points, 9 rebounds, 5 assists and was clutch in the 4th with 7 down the stretch as the Cavs came away with a 91-84 victory.

The most exciting of those 4th quarter points was this nasty dunk that Kristaps wanted nothing to do with.

But the most impressive 4th quarter play might be when LeBolt blew past everybody on the court (2.41 mark of the above video) for a layup. 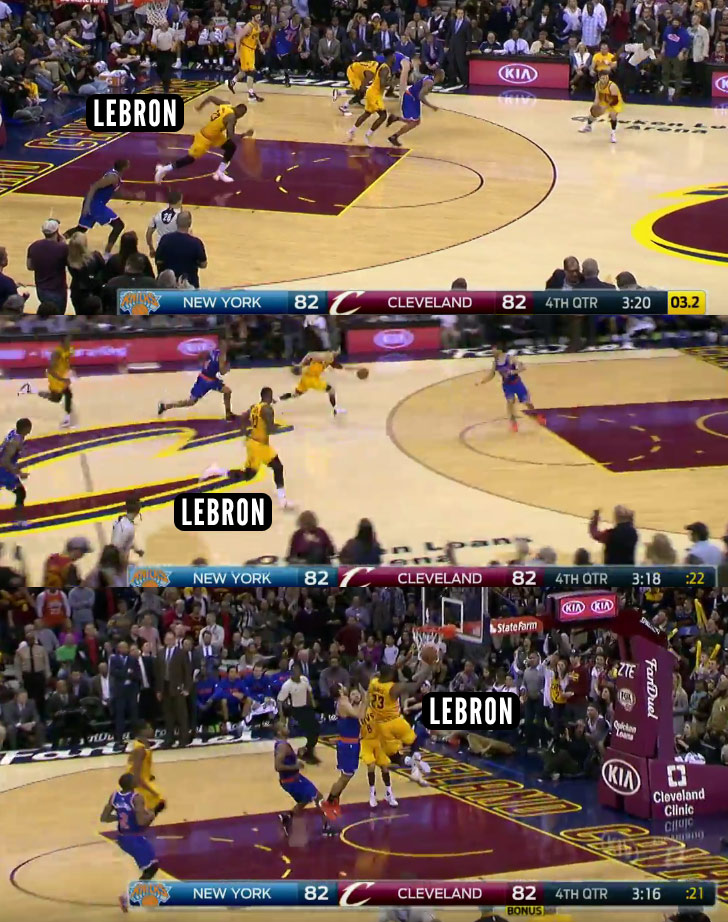