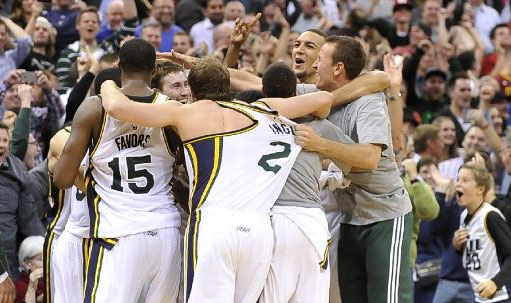 “I’ve never really done that before,” Gordon Hayward said about celebrating the way he did after beating LeBron and the Cavs with a buzzer beating game-winner. “It was just one of those moments.”

But Air Gordon had more than one moment worth celebrating in last night’s shocker.

1ST QUARTER: THE CROSS (more like a jab step)

The first moment came early in the first quarter when he crossed LeBron and then blew past him for a fancy layup.

The next moment Gordon will be telling his kids in a bedtime story called “The Day Daddy Beat The King” is when he gave the King a taste of his own medicine with a LeBron-like chasedown block (goaltend?) which led to a dunk on the other end.

The final moment came with 3.4 seconds left in the game. The game is tied after the Jazz blew a 16 point lead. LeBron’s guarding Hayward. LeBron trips and falls (flops?). Hayward gets the ball and sinks a step back jumper to beat sink the Cavs 102-100.

Hayward finished with 21 points, 7 assists, 4 rebounds, perfect from the free throw line and 7 of 12 from the field including one beautiful game-winner – the second of his career.

“How can you not show emotion after a finish like that? For us to win the game after being in control the whole game and then see it slipping away, it was pretty special,” Hayward said. “Just exhilaration!”

The best part about the game-winner was Hayward wasn’t supposed to shoot the jumper that he did.  The play was setup for him to drive to the basket.

“I may have disobeyed what he said . I started to drive but I just read the defense and saw the step-back was open.”

LeBron finished the game with a game-high 31 points, 4 assists, 3 rebounds, 3 steals, perfect from the free throw line and 8 of 18 from the field. 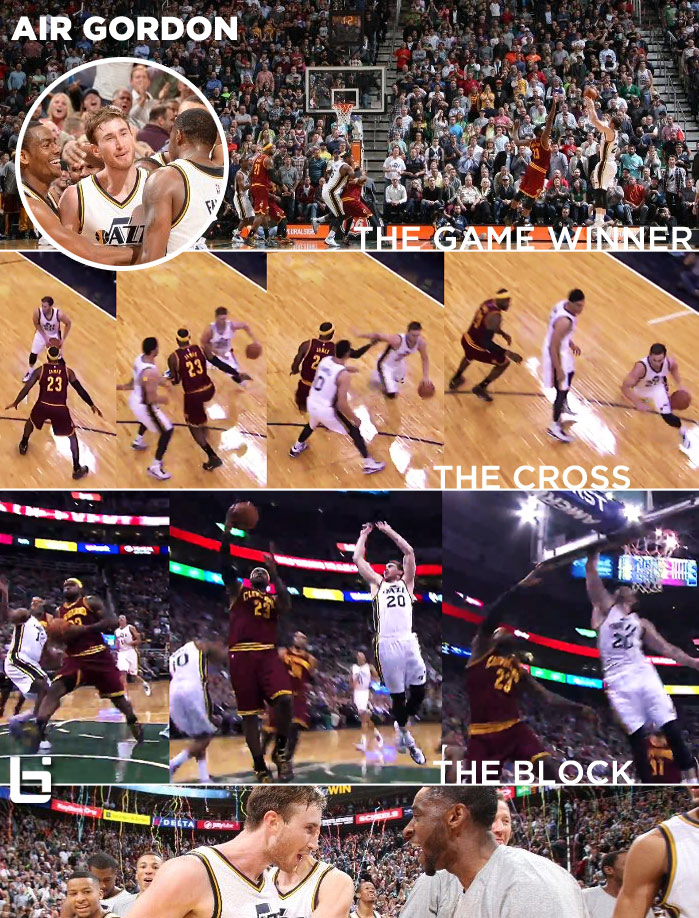