Hairsanity continued on Wednesday when Jeremy Lin took on the Clippers in Shanghai and scored the first 10 points for the Hornets and finished with 13 points on 5 of 7 shooting in just 17 minutes. He also had 5 boards and was a perfect 3 of 3 from downtown as the Hornets destroyed the Clippers 113-71.

“I was in the zone after the first 3-pointer went in, I felt all the shots would go in,” said Lin who addressed the crowd in Mandarin before the game. “It was such a fun trip. I got to show my teammates China, my culture. . And we’re exited to go home and get some rest.”

Michael Jordan – who was in attendance along with Yao Ming and a few other former NBA players like Ron Harper, Patrick Ewing, Glen Rice & Dell Curry – recently said Lin was going to be the biggest acquisition for the team and although it’s just preseason, after a few games it looks like the GOAT is right.

The only thing that would have made Lin’s performance even better was if he kept the floppy post shower Asian look he had during shootaround instead of going with the spiked up look. 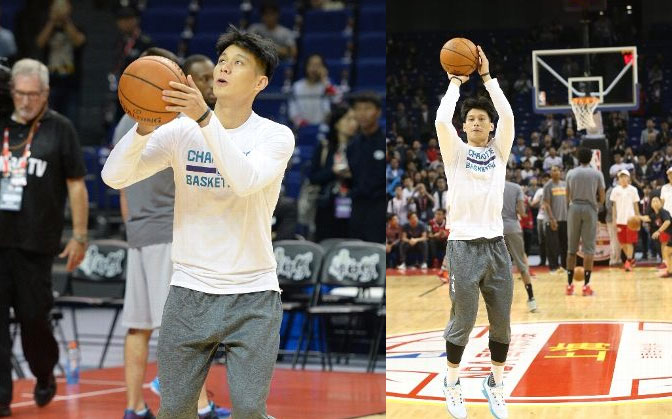 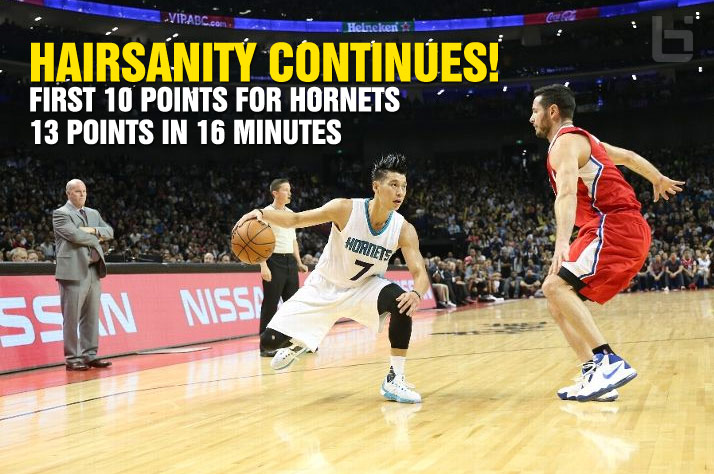