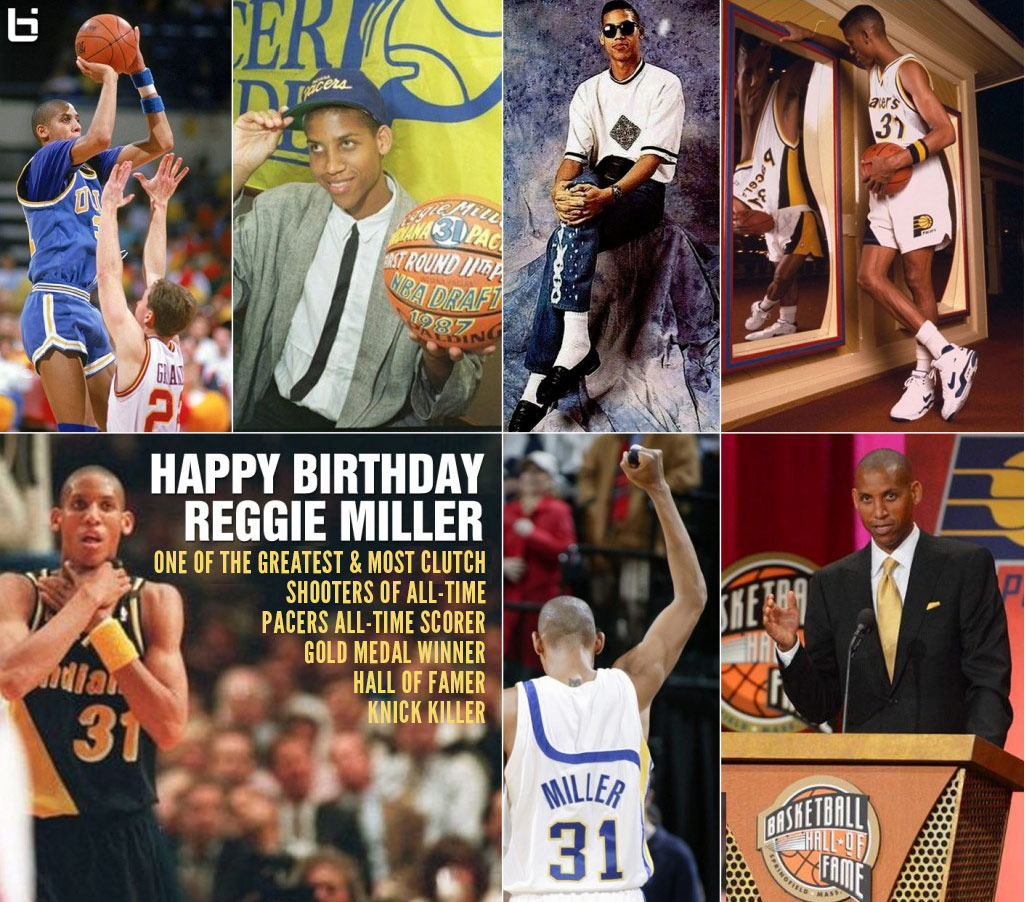 Reggie Miller’s birthday won’t be celebrated the same way the world and NBA celebrated Kobe’s birthday yesterday. But, the greatest shooter of all-time (I understand if you want to say Ray/Jesus, the late great Drazen Petrovic, the Hick from French Lick or a Splash Brother), and arguably best trash talker, deserves a lot of love that seems to diminish every year to the point where he’s becoming a very underrated player.

You can google his stats and accolades to make an argument against me (and Ray Allen), but what you won’t see on Basketball Reference, Wikipedia or any boxscores are the intangibles that made him such a special player — just ask Spike Lee. You also won’t see the fear that most NBA players, coaches and fans had in the 80s and 90s when it was a close game — sometimes not even close — in the 4th quarter against the Indiana Pacers.

This is why that fear existed in me when my favorite teams were playing against a team with that annoying, skinny, bald, trash-talking, Knick-killing Hall of Famer.

Some of Reggie’s best games:

“I know a lot has been said about me being a great shooter, being one of the best. But what I know, is this person that is presenting me tonight, Reggie Miller is the best shooter I have ever seen in my life.” – Ray Allen during his Hall of Fame speech.