If by chance, this basketball thing doesn’t work out for the Golden State Warriors’ Harrison Barnes, the man nicknamed “The Black Falcon” is already looking at potential careers to pursue when he hangs up his sneakers.

In the latest video by Funny or Die, Barnes tries his hand at retail but doesn’t do too well at impressing his potential a$$hole employer.

I think Barnes’ problem isn’t his skills but with his resume.  Here’s a few things he probably left off but is sure to impress at his next interview

Barnes makes close to $3 million and will make a “little” over that for his next couple of seasons. So he’s willing to take a big paycut to be a part of something special.

He can’t flop like a few guys he’s facing right now in the Rockets series but he can do a great Jean Claude Van Damme impersonation.

I don’t know if he can draw or paint but he is great at making memorable posters. I’m sure Pekovic would be willing to be one of his 3 references.

The truth is companies hate having fat people on the payroll and it’s not just for insurance reasons. They eat more at company lunches, wear out company furniture quicker and often look sloppy which isn’t good for client meetings. You won’t have to worry about those things with Barnes who probably wont fail a physical or die of a heart attack in his 30s.

Every company loves an employee with a winning attitude and the possible future 2015 NBA champion doesn’t just have the attitude, he has the game to back it up.

But would I give him a job? Hell no, I’m a Seminole and the above clip still makes me mad. 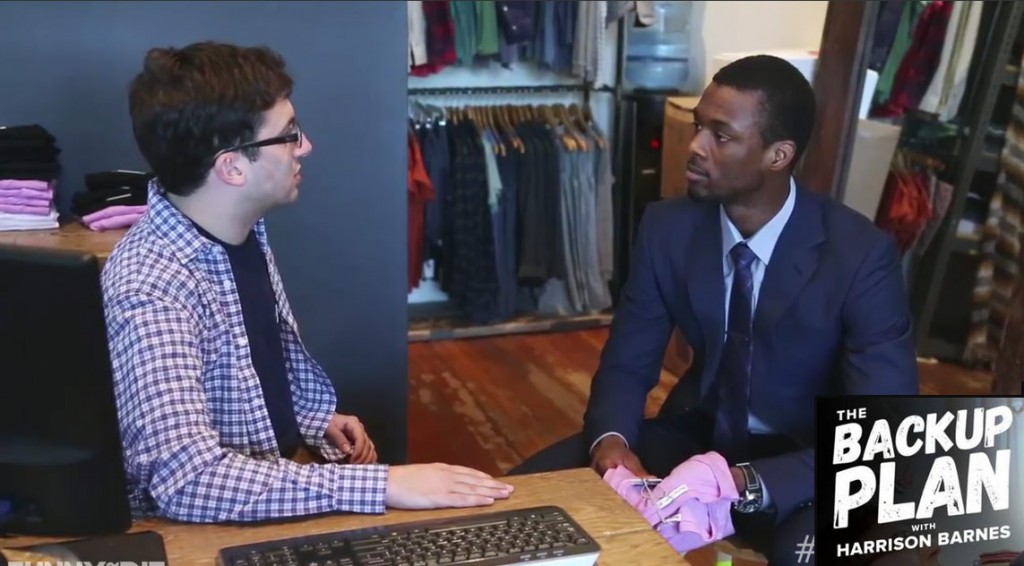