Hassan Whiteside was having a pretty bad quarter before this dunk and staredown. The quarter started off with a missed shot for Whiteside, then an offensive foul, then he gets a dunk rejected by Porzingis, then he gets rejected by Derrick Williams. After a timeout, Whiteside was able to release all of his frustration when he grabbed a missed shot and threw down the dunk above and stared down a shocked looking Melo.

So why was Melo so confused? Probably because he was wondering why Whiteside would stare at him since he made no attempt to play D and it was Porzingis who flopped on the play.

Melo, who only made 9 of 24 shots in the 17 point loss, was also a little shocked and disappointed to hear “Lets Go Heat!” chants during the game at MSG.

And very shocked to still be answering questions about Linsanity in 2016.

“Still?” Anthony replied when asked about comments by Amare Stoudemire about not all of the Knicks were happy to see Linsanity happen. “That was 5 years ago? I don’t know. I don’t have no comment about that. If he was becoming a star, we should embrace that. I don’t know. We didn’t embrace it? Was that the word?” 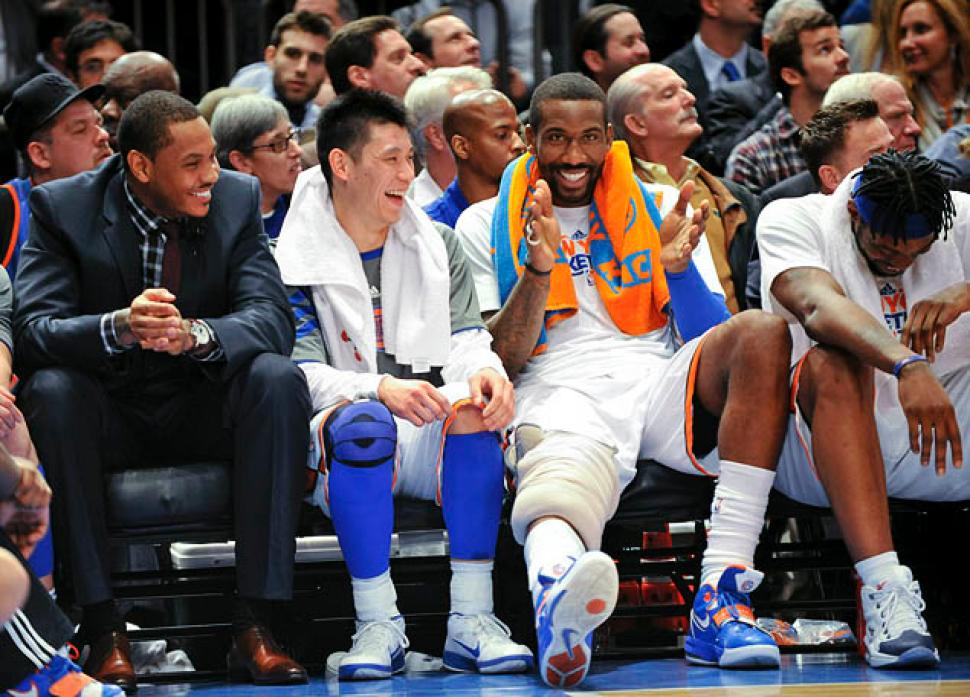