Earlier in the week, Zach LaVine threw down a standard alley-oop dunk and the NBA and the media called it a slam dunk contest preview. That’s like looking at a head-shot of a model and calling the picture a swimsuit contest preview.

Last night, another dunk contestant, Victor Oladipo, threw down a standard dunk in a game and the NBA and media called it a slam dunk contest preview or “warm-up.”  If this is a taste of what’s in store at the upcoming event which is known for disappointing the general public and pissing off dunk fans then we are in for another horrible contest despite it being filled with some talented dunkers – like Oladipo and LaVine. 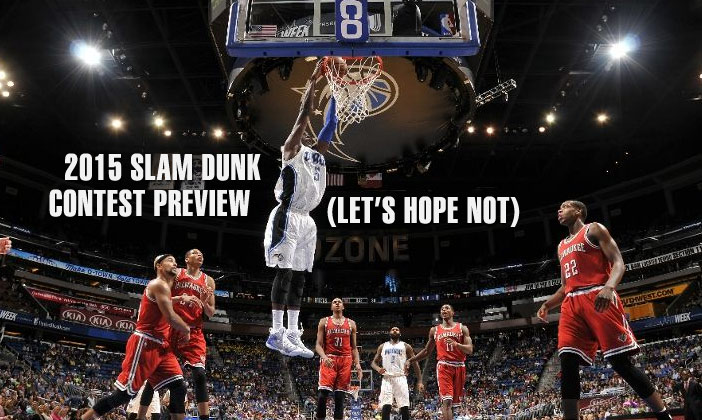 If you want to see a preview of what Oladipo can do in a dunk contest then watch this video of him dunking at the Hoosier Hysteria events in college which included a 360 between the legs dunk.