“Coach Roy Williams and his coaching staff believed in me from day one and UNC has always been my dream school growing up,” Woods told ESPN.com’s Reggie Rankin. 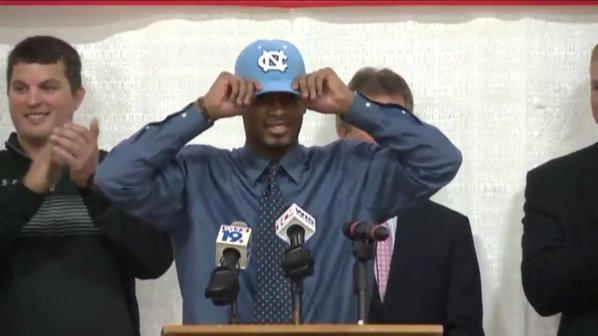 The 6’1 guard at Hammond first made some (actually a bunch of) noise back in 2011 when his youtube mixtape went viral and racked up over 10 million views. Since then he’s had a few crazy dunks which makes him look like the perfect next entry on this list of UNC high-flyers: James Worthy, Michael Jordan, Jerry Stackhouse & Vince Carter.