During the Warriors 149-106 beatdown on the Lakers on Wednesday, they broke a 35-year old franchise record with 47 assists. What makes that stat even more ridiculous is they only had 53 field goals and 10 turnovers.

“That’s pretty crazy. We almost have more assists than rebounds. That’s sick,” Said Durant, who had 28 points and 5 assists in just 30 minutes. “That shows we’re getting more comfortable with each other.”

My favorite non-assisted bucket of the night goes to Ian Clark, when he hit a three in the 4th quarter and then showed just how comfortable he and Kevin Durant are with each other… 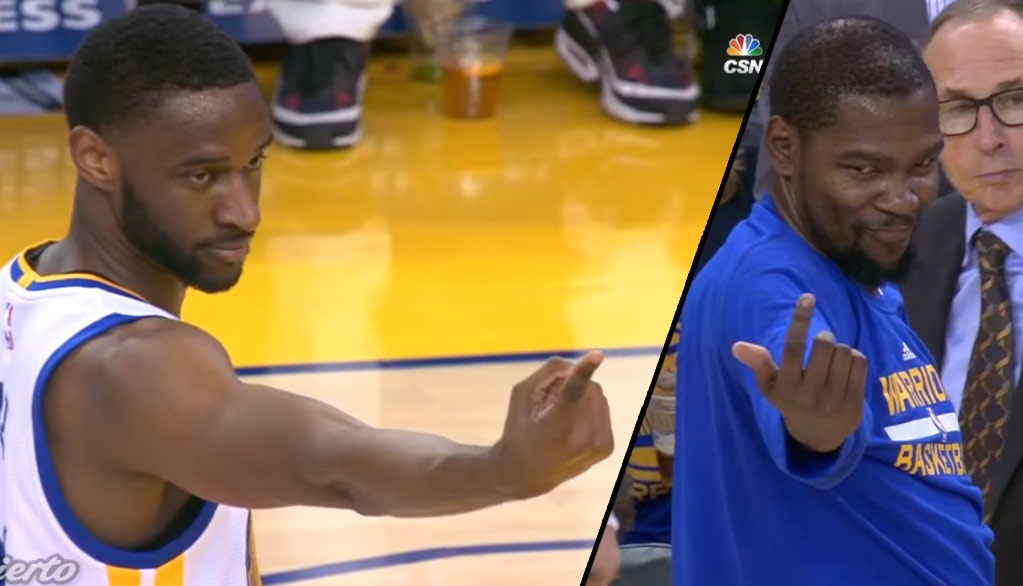 I’m obviously kidding around but seriously, their “moment” deserves to become a new viral meme. And Ian Clark does deserve some love for scoring 21 points on 7 of 8 shooting (5-5 from 3) in just 21 minutes of action. The 21 was one short of his career-high set earlier this month, when he made 8 of 8 shots.