Original member of NWA and producer of the NWA film “Straight Outta Compton’ gave a listen to a few tracks from ballers who made rap songs and gave his 2 cents about the results.

With Kobe Bryant, who made an album that was shelved during his early days and also did an uncredited track with former teammate Shaq, Cube said it was “dope” but “sounded like he was just reading his rhymes.”

Iman Shumpert got a thumbs up with Cube saying he has “bounce with his flow.”

No surprise when he heard Damian Lillard’s song he complimented the “best rapping basketball player” by saying he has “confidence in his rhymes and flow.”

They didn’t ask him to review any Shaq songs but considering he’s worked with Shaq a couple of times and appeared on the cover of SI with Shaq about the topic of ballers wanting to be rappers, I would assume he would have nothing but positive things to say about the Man of Steel. 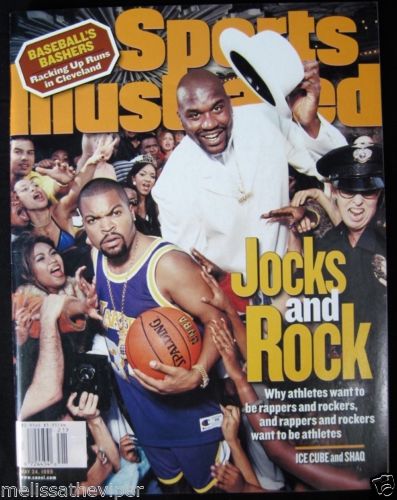