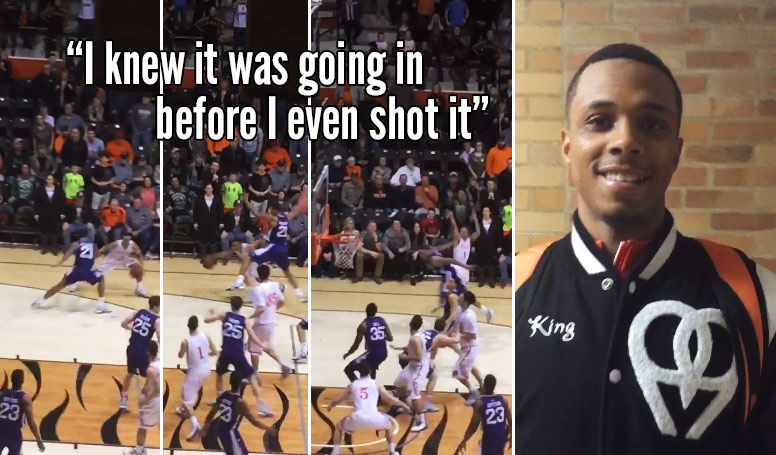 When former NBA player and Coney Island legend Sebastian Telfair was tearing up the high school scene a decade ago, people would always say he has handles like his cousin Stephon Marbury – a former NBA All-Star and current basketball God in China.  Now, when Idaho State’s Ethan Telfair breaks an ankle, you will hear people saying he’s got handles like his big brother, Sebastian Telfair.

On Saturday, the bloodline and handles were on full display as Ethan drained a game-winner against Weber State after pulling off a nasty crossover.

“I knew the shot was going in before I even shot it” said Telfair, who 30 on the night with 13 coming in the final four minutes of the game.

Hmmmm, I wonder where he got that confidence from?  Anyways, after a very “eventful” high school career and journey, it’s good to see another Telfair in the spotlight that’s getting bigger every day.