Sunday’s game between the Cavs and Rockets had it all: two big statistical performances from MVP candidates LeBron and James Harden, crazy highlights from Kyrie Irving, a 14-point blown lead and a crazy fan running onto the court.

The fan incident came during a second quarter that saw the Rockets get outscored 41-25. He didn’t approach anybody but it looked like Patrick Beverley was ready to take him down before a bunch of security got him to the ground (and probably beat the $#it out of him when the ESPN producers switched to a far angle so home viewers couldn’t see what was going on). Richard Jefferson also looked like he wanted to punch the shirt-waiving idiot.

I don’t want to give the idiot any credit but he might have sparked the Rockets a little since they owned the second half and came away with a 117-112 victory. James Harden had his 16th triple-double of the season with 28 points, 11 assists and 10 boards; it’s also his 8th triple-double with 30 points.

LEBRON & FANS RUNNING ONTO THE COURT 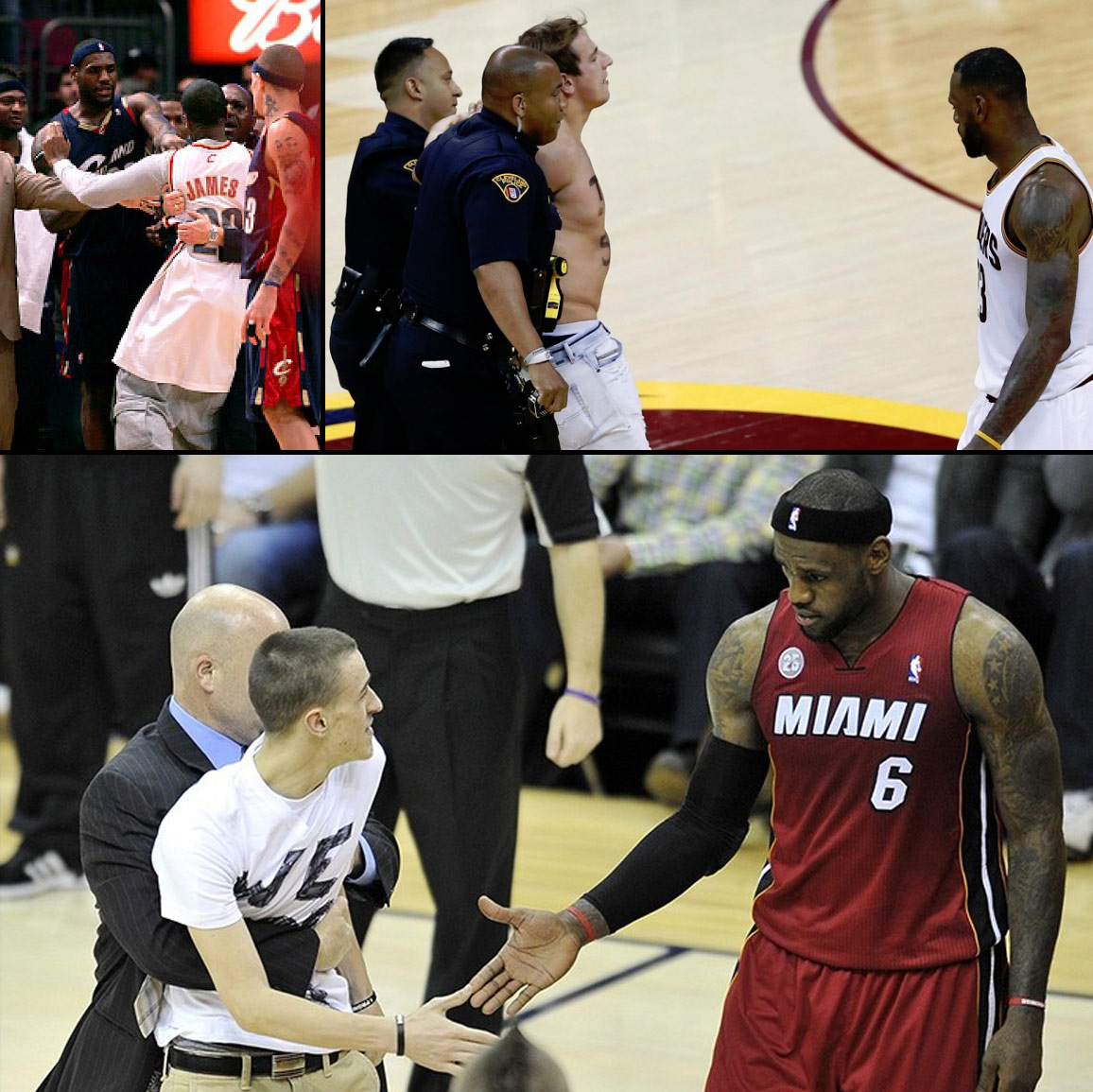