Andre Iguodala had 7 assists off the bench for the Warriors during their 130-114 win against the Magic on Thursday. The prettiest assist came on this play, with Iggy going behind his back and then making a sweet hand-off to Klay Thompson for 2.

The play was so impressive it even got Steph Curry hyped and off the bench and he just dropped 51 points in 34 minutes. 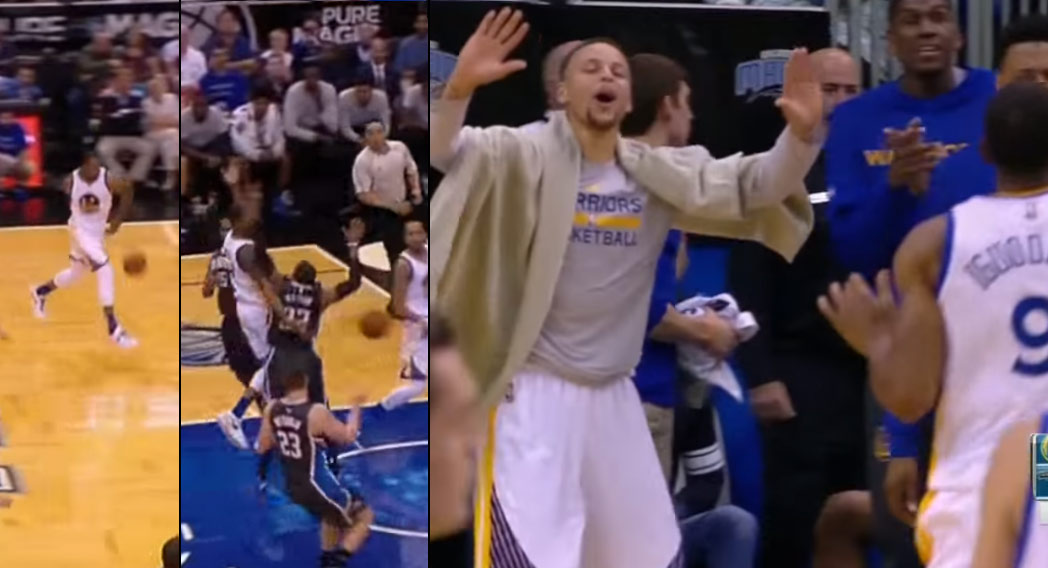 Andre doesn’t get mentioned a lot when talking about players with the best handles in the league but he’s had plenty of memorable anklebreakers over the years and arguably the best of 2014.

And this crossover on behind the back dish deserves a throwback too.

And if you really want to dig in the vaults, there’s this move on Kobe Bryant and the Lakers.