Iman Shumpert must be picturing Charlamagne Tha God and DJ Envy’s faces on the rim and opponents.

During last night’s loss to the Magic, Shump threw down a vicious reverse dunk which Tobias Harris wisely didn’t attempt to block.  And blocking is something Thabo Sefolosha wishes he could have done on this painful inbound pass from Shump the other night.

For those of you who aren’t familiar with the recent beef between Iman and Power 105.1’s Charlamagne, here’s XXL with a recap and Shump’s “diss song.” 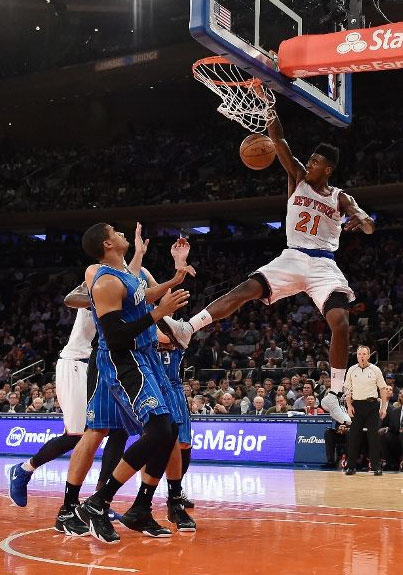