Iman Shumpert had a team-high 7 assists and JR Smith scored 17 points against their former team in an easy win on Sunday.  The ex Knicks also hooked up on one of the best plays of the night in the 4th quarter when Smith reversed dunked an oop pass from Shump.

So special that Kyrie Irving and Coach Blatt even raved about it.

“It was probably one of the best dunks I’ve probably seen in my short career,” Irving said.

“I even told him in the timeout, `Thank you for the price of admission,” Cavs coach David Blatt said. “That was special and really nice that it was here in New York.”

To rub it in the faces of Knicks’ fans, here’s another nice play by the duo back in New York. 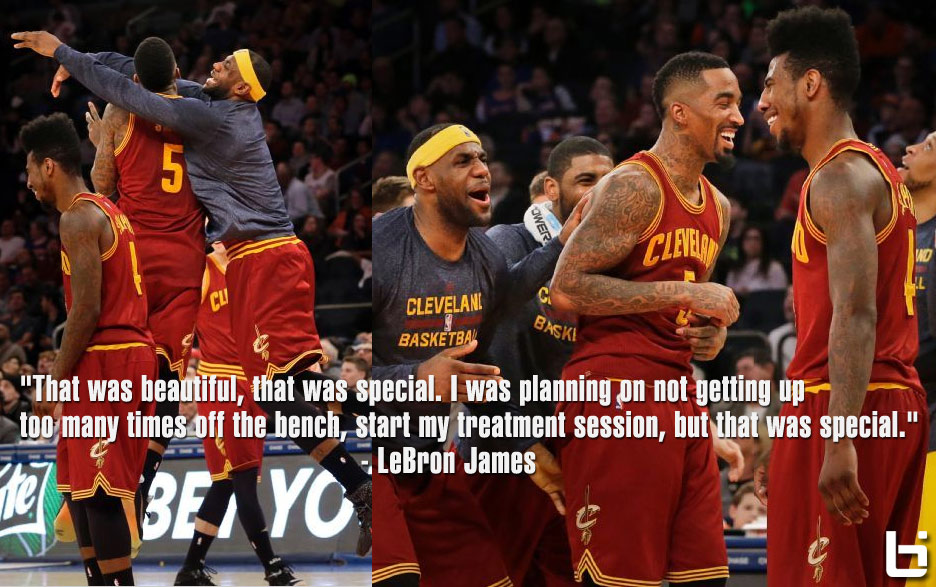