A little more than a year ago, the Celtics Isaiah Thomas tweeted the above when Sports Illustrated released their “Top 100 players of the 2016” list and had him at #88. Thomas also responded with a career-best season and became the lowest drafted All-Star ever.

In this year’s SI Top 100 list, they brought up Thomas’ disappointment, admitted he was underrated and moved him up to the #45 spot – 1 spot above DeMar DeRozan, who replied with a “FOH” when he saw his #46 ranking.  Despite the big leap, Thomas didn’t seem too pleased either with his ranking and sent out the following Déjà vu tweet.

The only negatives SI listed for the Boston star were his 2nd place ranking in getting a shot blocked and his post-season struggles. For those reasons, 10 other point guards were placed ahead of him, along with players like Steven Adams (40), Khris Middleton (39) and Rudy Gobert (33).

Regardless of what they think about Thomas on the court, his summer activities – from backpack giveaways to attending a Harvard business class – ranks him 2nd to none in my book. 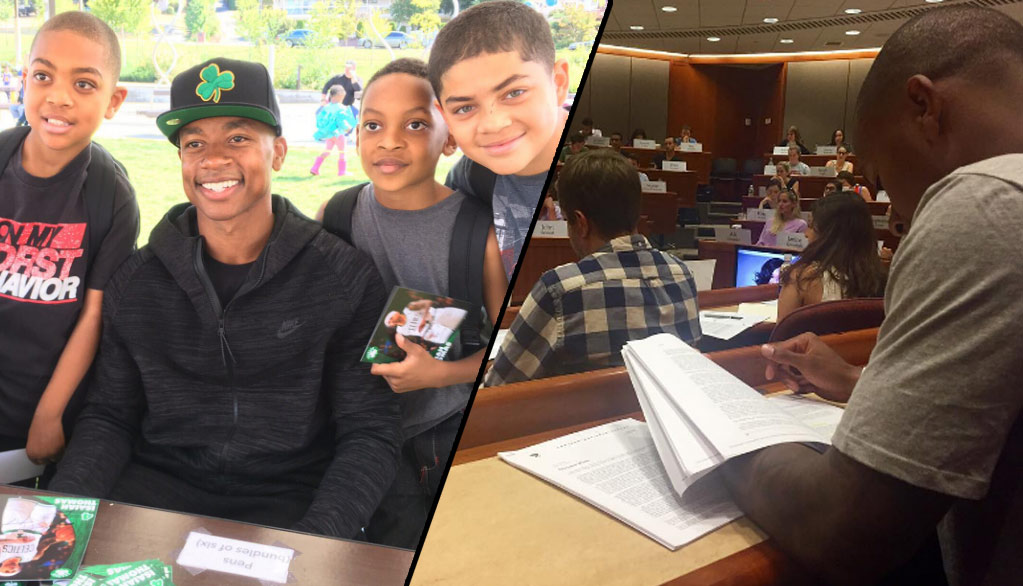