Before J.R. Smith’s Cavs debut against the Rockets he jokingly told reporters “when in doubt, shoot the ball” and that’s what he did on Friday night in his 2nd game with Cleveland.  He matched Kyrie Irving with 23 field goal attempts but connected on 11 of them for a game-high 27.

Smith missed all 5 of his shots in his Cavs debut on Wednesday and the 27 is the 2nd most points he’s scored this season. 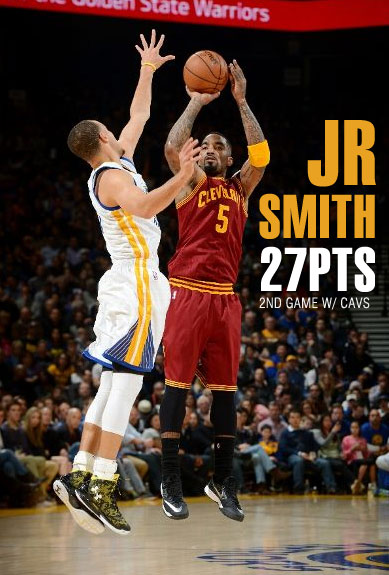