The Boston Celtics are on a roll and last night Jae Crowder gave the Celtics their 5th win in a row by hitting a tough fade-away corner shot with .8 seconds.  Crowder was just 3 for 8 from the floor before hitting the surprising shot against the Raptors.

As a reward for the win, the Celtics get to play the Cavs in the first round and they sound pretty happy  about it.

“It’s exactly what we wanted, no matter who it is — whether the Atlanta Hawks or Cleveland,” Crowder said. 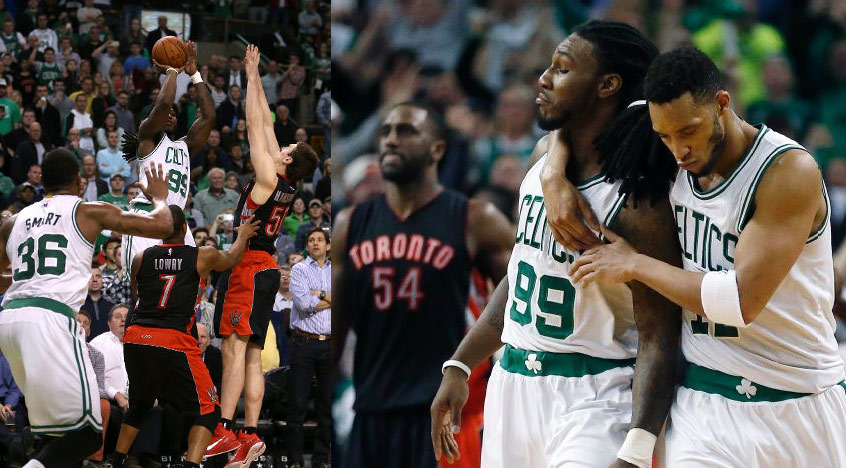