Being from LeBron’s St. Vincent-St. Mary High School in Ohio, i’m sure 76ers’ rookie Jakarr Sampson wanted to have a good game against LeBron and the Cavs.

“My dream was to play in the NBA and to go against the top players in the league,” Sampson said. “LeBron is one of them. He’s from Akron, Ohio. He is big to Ohio, period. He does a lot of great things for the kids here. He is a good role model to look up to, being a young player from Cleveland.”

Sampson did have a decent stat line of 10 points, 2 3-pointers, 2 steals and a block in just 18 minutes, but he had some problems guarding LeBron (who doesn’t) in the first quarter and he probably wont want to remember much of the 4th. Down by 5 with a little more than 5 minutes left in the game, Sampson threw a pass which was intercepted by LeBron who ended up with an easy dunk.  Then on the very next play, Jakarr got crossed over (bad, real bad) by Kyrie Irving who scored on a layup. 10 seconds later, Jakarr was sent to the bench and the Cavs would end up winning by 13.

That’s tough but don’t worry Jakarr, your time is coming. 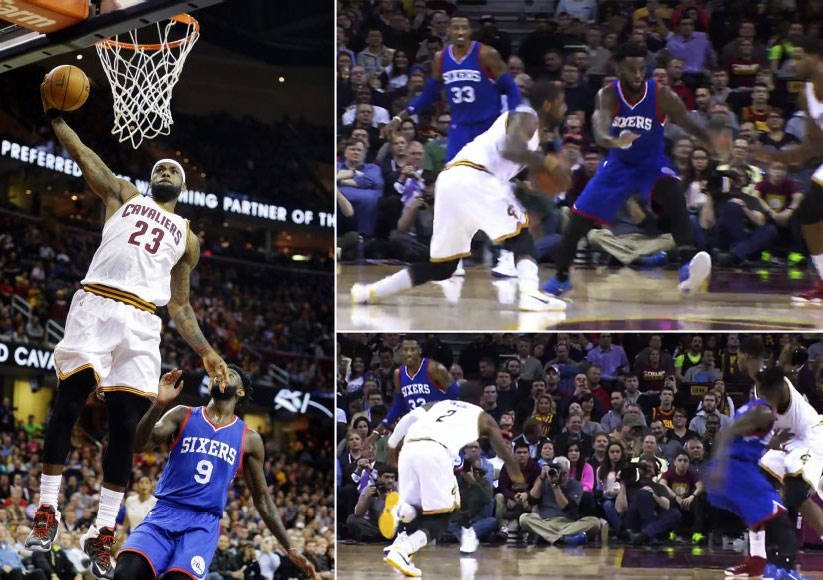