Jamal Crawford scored 19 points, including 12 points in the 2nd quarter, off the bench for the Clippers during their 18 point win over the Grizzlies on Friday night. He had his standard crazy pull-up jumpers and 3’s with a hand in his face but he also had some nice defensive plays and swatted 2 shots.

But for me the most exciting play he had was after the whistle.

But the best Crawford moment of the night came when he met a special 10 year old fan, Charlie Campbell, who lost his sister in a car accident earlier in the year. Crawford took photos with him and gave him a pair of his shoes.

“We’re playing a game and it’s wonderful, but those are real-life issues,” Crawford said. “He came in and had an orange Crawford T-shirt. I’m like, ‘Did you make this? I’ve never seen this before.’ Especially, there’s 400 players in the NBA, and he could have anybody’s T-shirt on, jersey on, and he had mine on.” 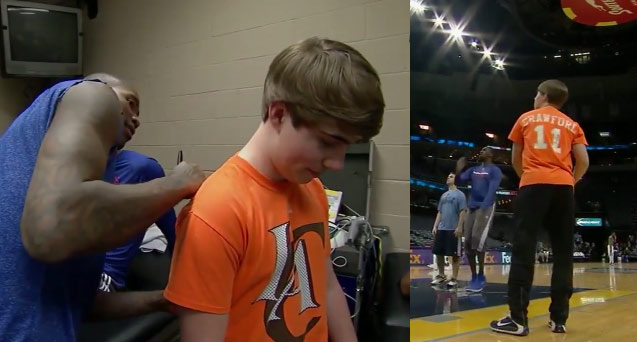 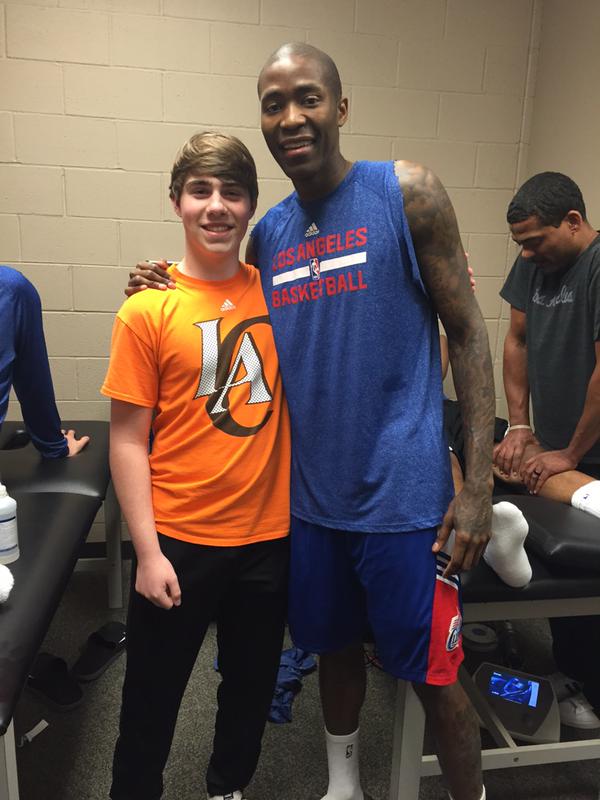