“It felt like we were playing in the Garden for a minute, where the fans really get on you,” said Crawford who knows a thing or two about putting up big apples in the Big Apple. “Sometimes you need that kick in the butt. . . . I thought we really responded to the challenge.”

The 35 year old Jamal Crawford not only responded to the challenge by the Orlando Magic youngsters, but he killed it by scoring 16 of his 32 points in the 4th and helping the Clippers snap the Magic’s 5 game win streak with a 2 point win.

Crawford also made 6 of 9 3-pointers and had another 4-point play – a NBA record that will never be broken. He’s also currently in 7th place on the all-time 3-point field goal leaders and is 45 away from passing Vince Carter for 6th. 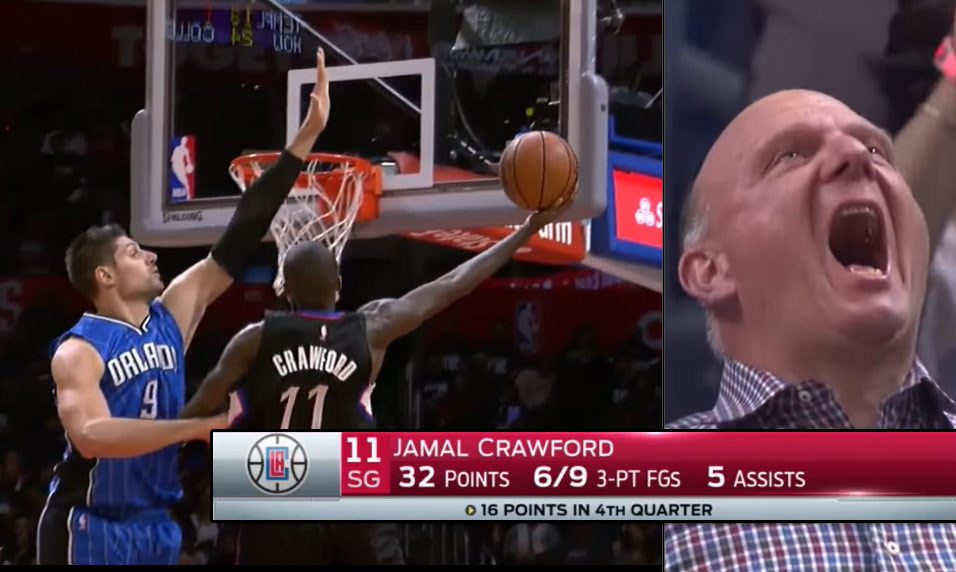