I’ve always been impressed with Jamal Crawford’s ability to make rainbow threes, rainbow game-winning threes, rainbow buzzer-beaters, you get the point — the man, who just turned 37 a day ago, shoots with a high arch. And on Tuesday, against the Lakers, Mr J. Crossover knocked down arguably the most ridiculous rainbow three of his career — a buzzer-beating 50 foot rainbow that looked like it was about to hit the roof (who else just heard Michael Jordan saying, “the roof is the ceiling”).

He also had an impressive three, from the logo, in the face of Brandon Ingram, during the first half.

The funny thing is Crawford was three for six from three in the game, meaning he made these two ridiculous shots from way downtown but missed three much easier ones. He finished the night with 15 points on six for ten shooting in a 133-109 beatdown. 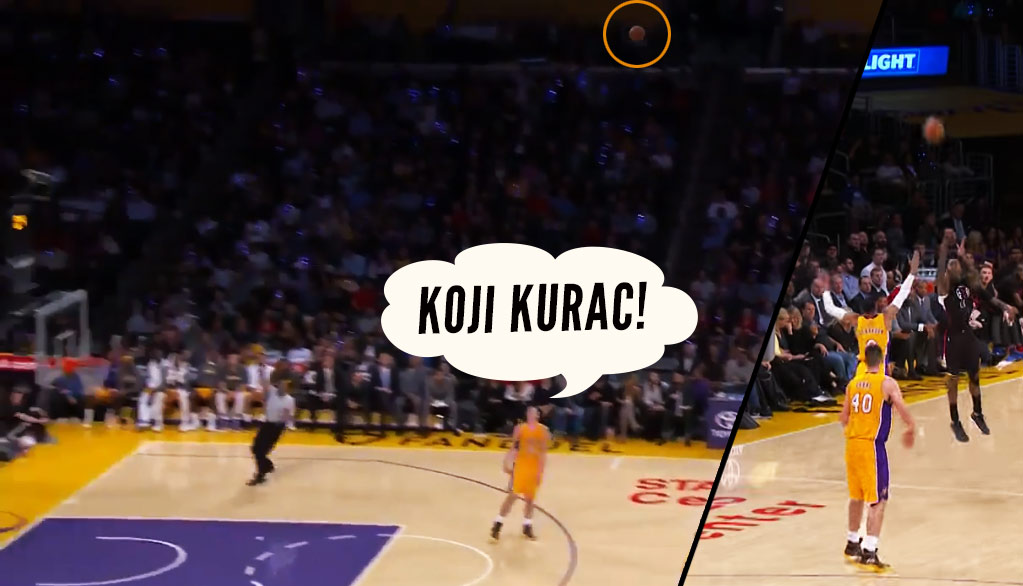