It was no surprise to see super-Knicks’ fan Spike Lee wearing a Charles Oakley jersey (it was actually a Landry Fields jersey converted into an Oakley one, seriously!) on the sidelines of Sunday’s game against the Spurs. What was surprising — more so than the Knicks beating the Spurs — was seeing Latrell Sprewell, who hasn’t been at MSG in 13 years, sitting next to Knicks’ owner James Dolan with a big “cash that check” smile on his face. More surprising than seeing Sprewell back in the building was seeing these other 8 known Knicks in the building: Larry “was considering boycotting MSG a day earlier” Johnson, Vin “was recently working at a Starbucks” Baker, John “needs to promote his new Champions League” Wallace, Gerald “brother of Nique” Wilkins, Kenny “where has he been since winning the 89 dunk contest” Walker, Herb “NY Liberty assistant coach” Williams and the great Bill “Senator” Bradley and Bernard “color commentator” King.

It was a strategic move by Dolan that Jalen Rose called a “devious tactic” and a way for the most hated man in New York right now to “purchase the conscious.”

According to reporter Jordan Schultz, Vin Baker texted him and said Dolan called him “sounding really sad asking me if I would come sit with him.” What’s sad is they hadn’t spoke in 15 years!

I could be wrong, but I’m assuming Dolan went through his rolodex of former Knicks and just said “I need you to come to the next game and how much money do you want?”  And in Sprewell’s case, he said, “The Knicks will even honor you with a tribute video and wasn’t your New York home seized by a bank last month and selling for just $1.5 million? I happen to be worth 1.5 billion!”

I love Sprewell; Larry Johnson was one of my top 2 favorite players in the early 90s; I rooted for Kenny Walker and his high-top fade and jewelry in the 89 dunk contest; I was a big fan of Vin Baker when he was with the Milwaukee Big 3 and didn’t even mind seeing him on the 2000 USA team; With that said, seeing all these guys laughing next to Dolan, just four days after the Oakley incident, had me shaking my head and some thinking about some recent film characters played by Leonardo DiCaprio and Samuel L. Jackson in a film directed by a man Spike Lee hates. 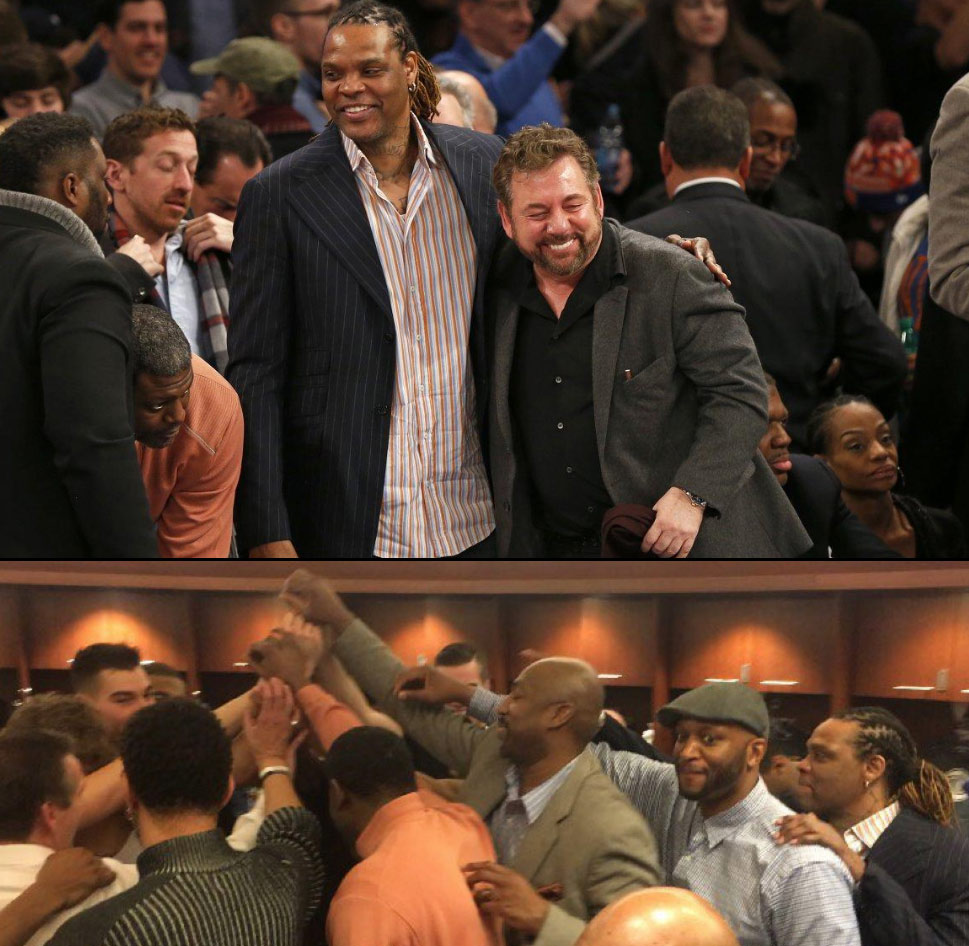 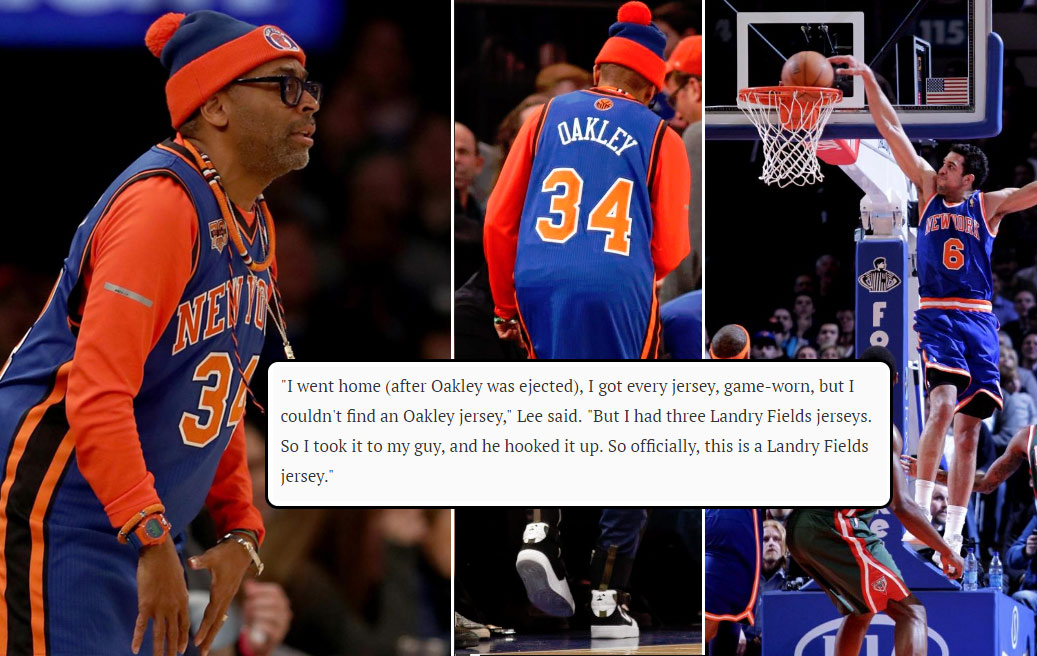