“I know it’s kind of like a weight off his back because of what happened in the playoffs against Portland,” said Dwight Howard about Harden’s MVP performance. “And tonight he just destroyed them.”

Destroying gets used loosely a lot but I would say 31 first half points and finishing with 44 points, 7 assists, 5 steals and the W does qualify as destroying.

The 44 was the Beard’s 3rd 40 point game of the season and only Hakeem, Elvin Hayes, Moses and T-Mac have more 35+ point games for the Rockets than Harden. But before you start thinking he’s about to catch The Dream, he needs 70 more 35 point games.

The 31 was also a career-high in a half for Harden. 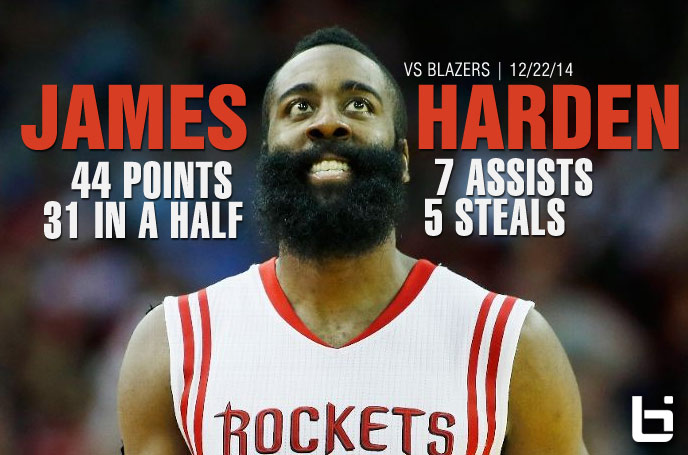