James Harden had his and the opposing coach raving about him after he dropped a season-high 45 points last night against the Pacers.

“He’s having a special year,” McHale said. “A couple of those shots he made, there’s nothing a defender can do.”

“He’s having … an MVP-type season,” Pacers coach Frank Vogell said. “He has to be in that conversation and was just way too much for us tonight.”

Harden’s 45 gave him his 4th 40 point game this season which is 2 more than LeBron, Lillard and Klay Thompson. 18 of those 45 came in the 4th quarter where he connected on 4 of 6 3-pointers.  He also made a 5th but it was called off for being a second to late.

To add to his impressive stats, he also had 7 assists, 4 steals and a block. So how do you like them defensive apples. 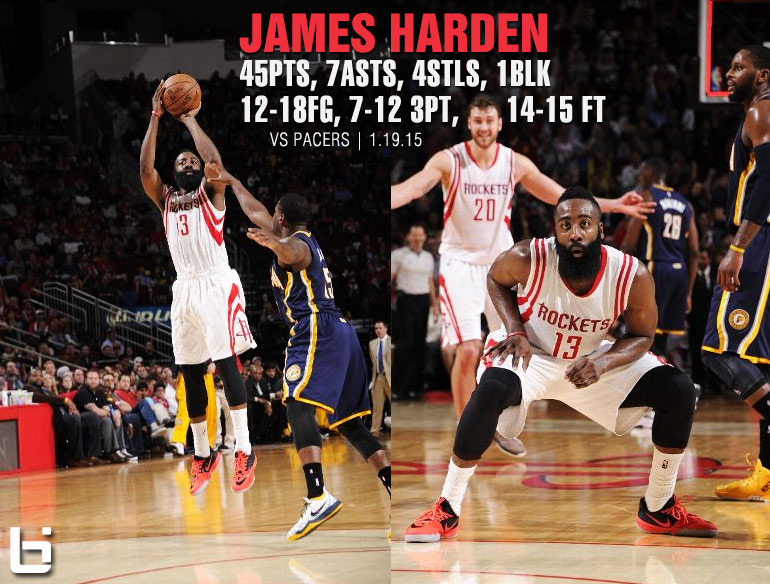