“It’s like my rhythm is starting to come back a little and my legs are moving pretty well. I’m feeling good. I just worked and continued to run and lift and just hoping for the best.” – Kobe Bryant

For a few stretches on Saturday night, it felt like we were watching a young Kobe Bryant against the Houston Rockets.  Kobe had 25 points on a season-high 56% shooting, to go with 7 rebounds, 6 assists and 3 steals as the Houston crowd chanted his name. The locals, who still have nightmares of Kobe from the 2009 playoffs, weren’t the only ones in H-Town cheering for Kobe.

“He’s a legend,” said Harden who scored 30 points. “This is his last year. I was chanting his name, too. It’s a once in a lifetime chance that you’re going to see this guy play again. I haven’t had the chance to see Michael play in person, but he’s a modern Michael.”

IT MUST BE THE SHOES

Although Kobe had a great night and the Rockets won by 29, the real winner of the night was Adidas. James Harden wore the Adidas “Kobe 1” shoes while Nick Young and spectator Tracy McGrady wore the Yeezy 750 Boosts.

“I even wore the first Kobe’s from Adidas tonight,” Harden said. “Just to show how much I respect him and how much he’s done for the game of basketball.” 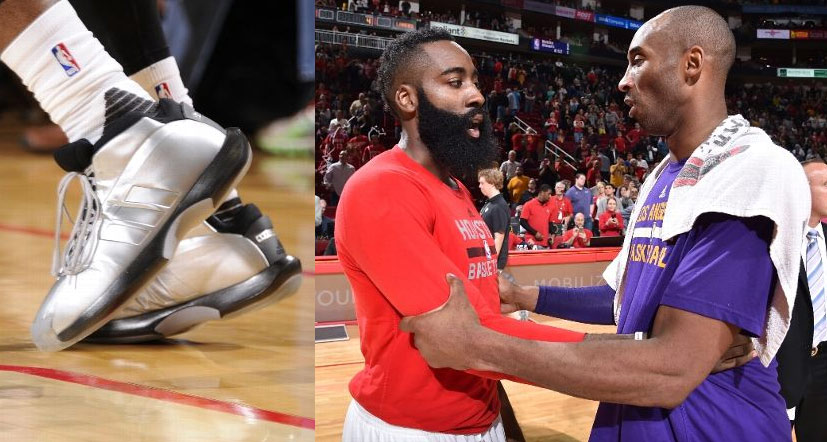