During James Harden’s 42 point performance against the Jazz on Tuesday, The Beard shared a very funny moment in the first half when he rolled and almost stuck his size 15 shoe into the groin of a cameraman (a few Ballislife videographers can tell you stories about this). Harden realized what he almost did and gave the cameraman an “I almost gave you a vasectomy” look.

This balls is life moment reminded me of the not-so-amusing time Dennis Rodman intentionally kicked a cameraman in 1997. Rodman was suspended for 11 games and lost about a million dollars in salary. He also had to pay the cameraman, Eugene Amos, $200k for his Oscar-worthy performance.

Yes, the cameraman really did deserve an Oscar. He even had to be carried off on a stretcher. 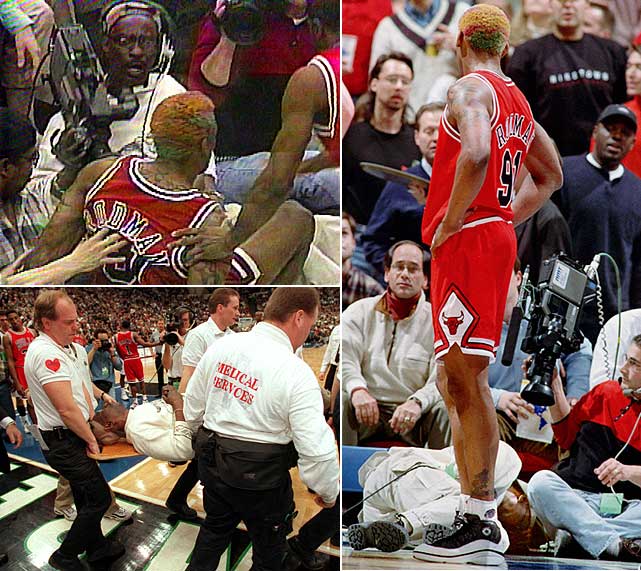 Here’s what Rodman had to say about the incident.