James Harden became just the 3rd Houston Rocket ever to have multiple 50 point games in a season when he scored a career-high 51 points in a win against the Kings on Wednesday night.

“He finds a way to wow our team every time he goes out there,” said teammate Trevor Ariza. “He’s just so crafty and he can score so many different ways. It’s definitely fun to watch.”

The 51 topped his previous career-high of 50 which was set just last month.  He also made 8 of 9 3-pointers which tied his career-high in made 3-pointers.

“I’ve never coached a guy that can put up so many things into a game,” Kings coach George Karl said. “He has a triple-double, but really has a quadruple-double because he had six blocks, three steals and at least one or maybe two charges. There are another 10 possessions he gave us because of his defensive abilities.” 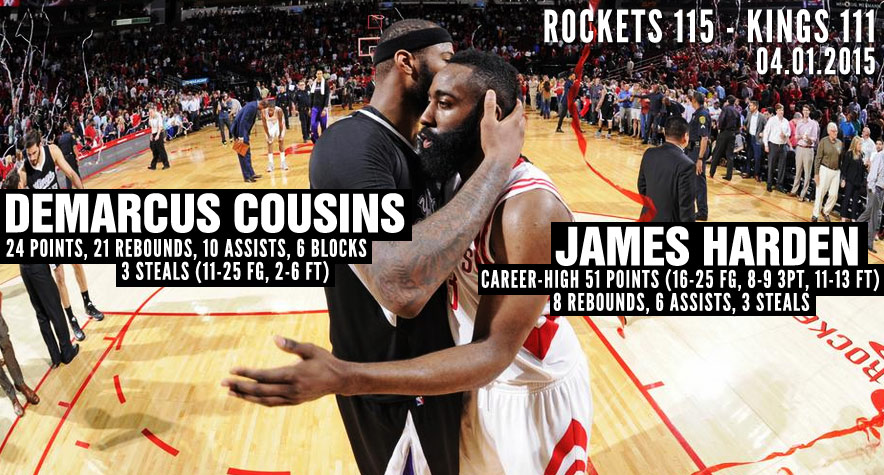