You got to love BODYARMOR for their willingness to take shots at their competitors who “force” their syrup filled drinks on athletes.

After LeBron went down with cramps in GM1 of the 2014 NBA Finals, Kobe Bryant, who invests in BODYARMOR, posted an ad for the drink and said,

“Pro and college players should be allowed to CHOOSE what sports drink hydrates them the best and not be FORCED to drink LEAGUE SPONSORS: #AthletesChoice 2 much on the line for cramping”

In the new ad by BODYARMOR (video above) which features basketball stars James Harden, Skylar Diggins among other athletes, there’s a shot of Rob Gronkowski with a line that says “we only drank what they gave us” which is a reference to Gatorade and a famous 1960’s photo of a Florida Gator Football player and the inventor of Gatorade.

Most people probably wont get that shot but they will see the humor in seeing an afro and short-shorts wearing James Harden – who doesn’t look anywhere near as nice as Skylar in her short-shorts. 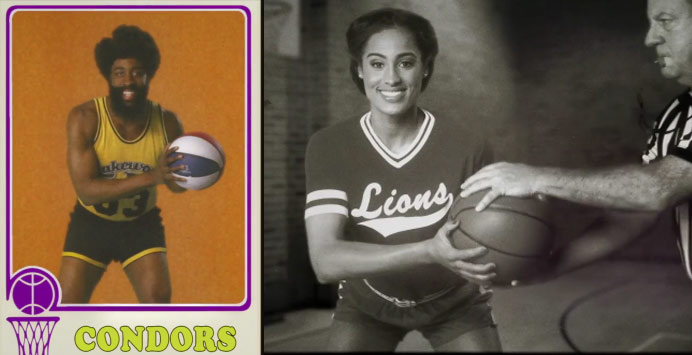