“That was nasty, but that’s basketball,” said Johnson.

Johnson isn’t talking about his nasty poster dunk on Andre Drummond that took place when the Raptors were up by 20 in the 4th quarter; the nasty was the altercation that took place on the following play that started with a frustrated Drummond hitting Johnson with a forearm. The cheap shot almost caused a sequel to the Malice in the Palace as Drummond was called for a flagrant 1 foul and 4 techs were given out.  It was so nasty that even a fan was thrown out for having a verbal altercation with Josh Smith.

“I don’t expect anything less from anybody that’s trying to win. Frustration sets in when you want to win — no hard feelings.” said Johnson who had a productive 29 minutes off the bench with 12 points and 8 rebounds.

After a couple of big double doubles, Drumond failed to score 10 points against the Raptors and finished with 7 points and 11 boards in 21 minutes.  But he did have this nice oop.

Nice but not NASTY! 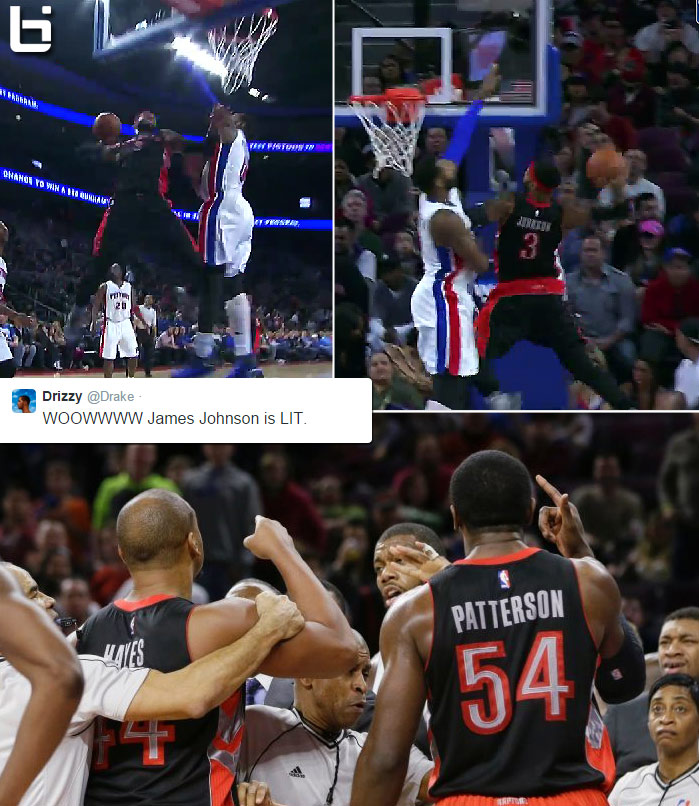