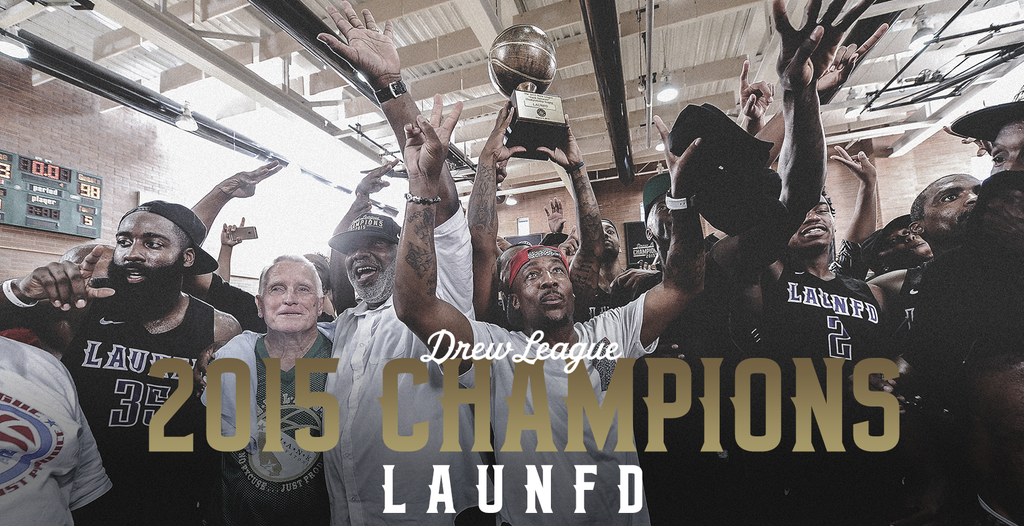 James Harden had a team-high 37 points (10-18fg, 6-13 3pts) and hit a 3-pointer  and 2 free throws in the final 10 seconds give Team LAUNFD their 4th Drew League championship in 6 years. After making the 3 Harden pointed at his old teammate Kevin Durant who was one of many celebs in the building.

Team M.H.P was led by DeMar DeRozan (28 points) and 1st and 2nd round player of the week Nick Young who scored 25 and was clutch in the 4th in front of fiancee Iggy Azalea.

Now that the Drew League and Seattle Pro-Am seasons are over with, who do I have to talk to get a Drew vs Seattle game going?

Last thing before we get to the highlights, shout out to Drew League Champ Pooh Jeter who also won a LNB Pro League championship earlier this year in France.