Down by 29 with 8 minutes to go in the 4th, Jason Terry decided he was tired of watching the Austin Rivers show and found a way to hit the shower early – by hitting Blake Griffin.

“I just went and tried to take a foul, but it was definitely unwarranted,” Terry said. “They gave me a technical and I was out of there. I can’t let that happen so I apologize to the team for that.”

When asked if he thinks he’s going to be punished by the league, the Jet said he doesn’t think he should be.

“There shouldn’t be,” Terry said. “There was nothing malicious. I didn’t throw a punch or anything like that. It wasn’t a blow to the head.” 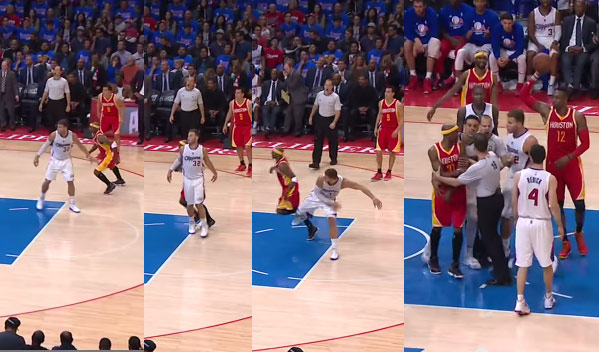