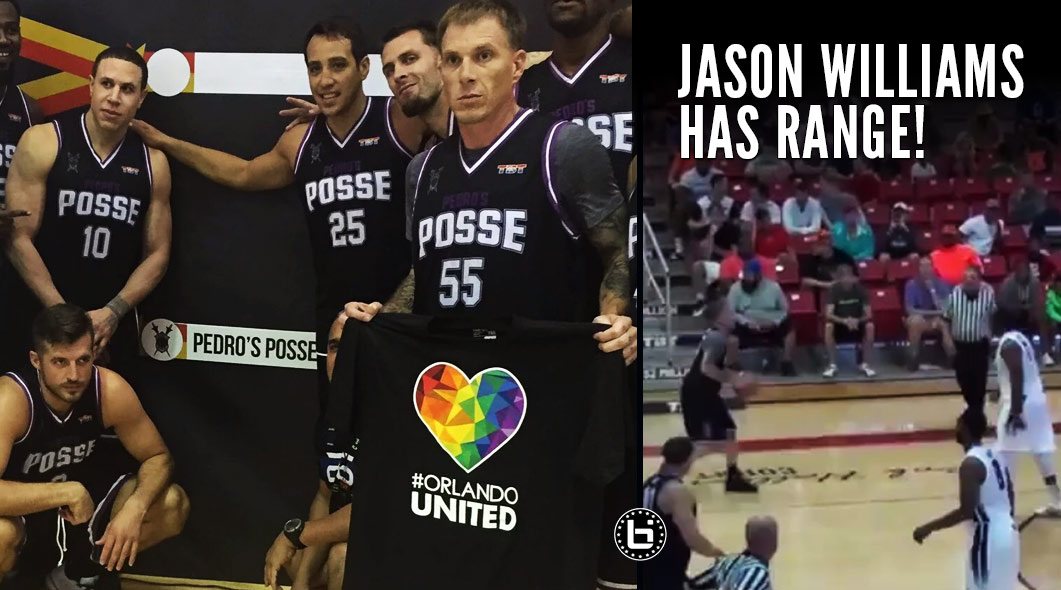 Former Kings and current teammates Jason Williams and Mike Bibby may be the headliners of the Pedro’s Posse team but they aren’t beating their competition in the $2 million The Basketball Tournament by themselves.

On Sunday, the Posse beat short-handed (5 players) Purple and Black 84-70 with Williams and Bibby scoring a total of just 21 points. Pedro’s Bryan Richardson had a team-high 20 (6-9 from 3) and Deividas Dulkys had 19. Williams had 9 points and 6 assists while playing 31 of the game’s 36 minutes but still had his White Chocolate Moments, like when he buried a 3-pointer from almost half-court. And for the 2nd straight game, the Hulk-looking Bibby flirted with a triple-double (12/9/9).

With the win, the Posse will advance to the final 16 of the tournament. And if you are in the Orlando area, you can watch the squad practice today at the Orlando Pro-Am.