The 2nd year forward was a 2nd round steal for the 76ers last season as he posterized a lot of defenders and even racked up an 8 block game (in just 25 minutes!) against the Knicks. The 8 blocks was the most by a 76ers since Sam “not the man” Dalembert did it back in 2007.

His best dunk of last season was this poster on Jonas Jerebko….

And his best almost dunk was this one on Brook Lopez – it was so nasty nobody even wanted to open their eyes to watch it. 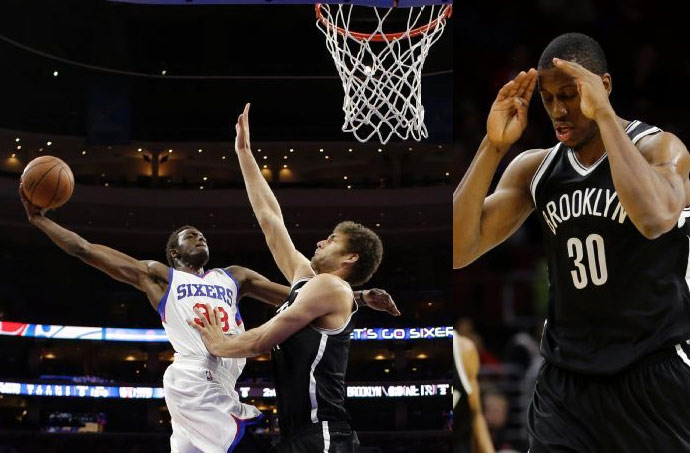