7’1 Spencer Hawes had the opportunity to put the Hornets up by four at the half against the Cavs. Instead, he missed a wide-open dunk, which probably earned him a spot on the next Shaqtin’ a Fool.  Hawes’ teammate, Jeremy Lamb, will probably also end up on the show for his reaction to the missed dunk. 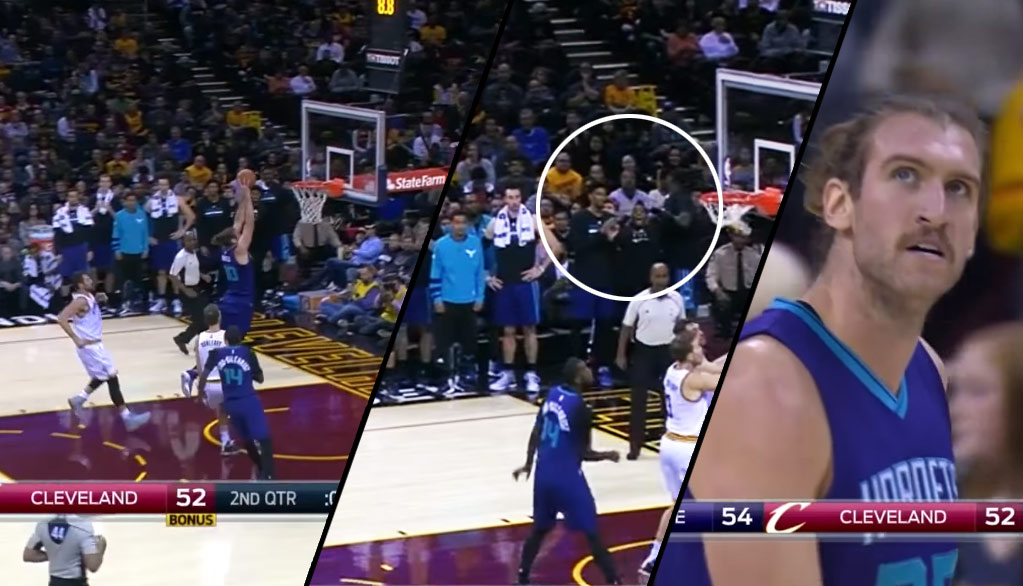 The Hornets ended up losing the game and it’s the second straight loss for them and the second straight game with Hawes scoring less than 10; the Hornets are 4-0 when the big man scores in double figures. But it’s tough to score in double figures when you are missing wide-open dunks and not getting the whistle when vertically challenged Channing Frye is blocking your shot.