A lot of jokes were made before this year’s dunk contest about how little Derrick Jones Jr has played and how he only had three dunks going into the event. Since the contest, Jones has consistently been earning more playing time and making the most of out of it. In his past five games, he has made 13 of 16 shots and on Thursday, he played a career-high 22 minutes and responded with 8 points, 2 blocks, 2 steals and a couple of examples of why his nickname is ‘Airplane Mode.’

My favorite dunk from Thursday’s dunk exhibition (1:09 mark of the above video) and 17-point win over the Hornets wasn’t because of Jones’ dunk but because of the effort and disappoint shown on Jeremy Lamb’s face while trying to stop the alley-oop from happening. 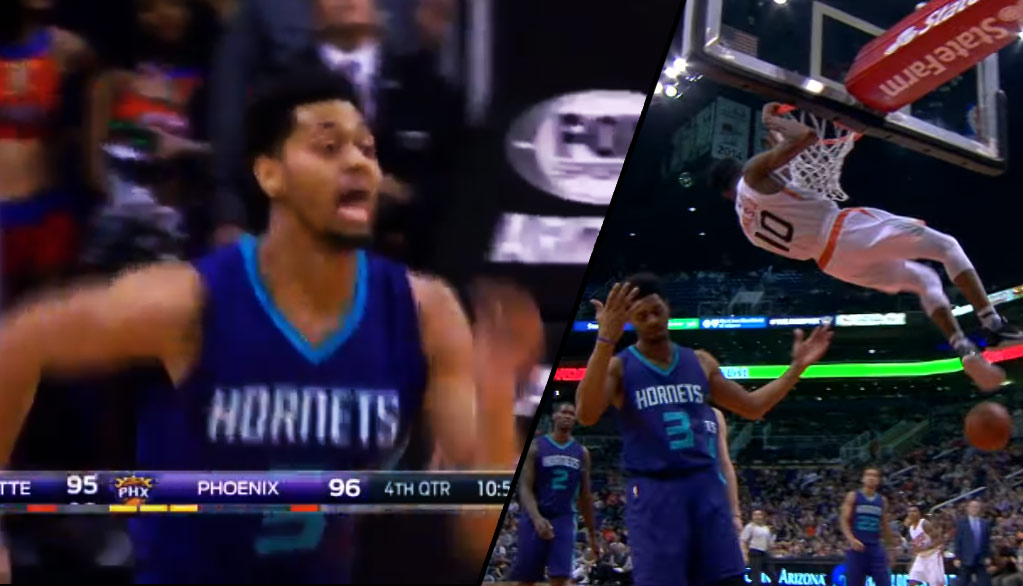 You can see a couple replays of the dunk and great effort by Lamb (and horrible defense by his teammates) in the following video and I guarantee you will be seeing a lot more highlights like this from the 20-year old high-flyer for the rest of the season.