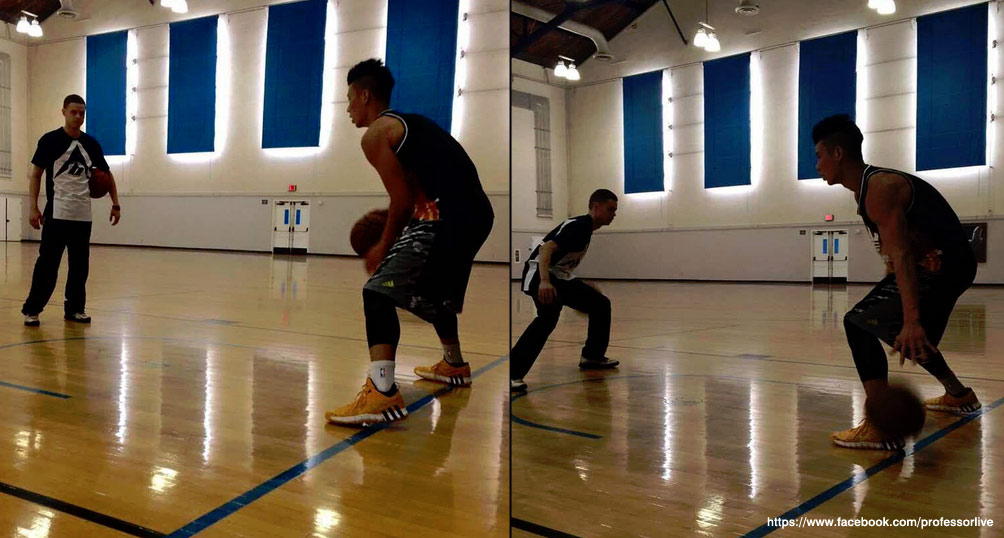 Earlier this week, Michael Jordan said the Hornets biggest pick-up this summer will probably end up being Jeremy Lin.

“We just got Jeremy Lin, who I think is going to be our biggest acquisition,” said Jordan to the Xinhua News Agency. “His penetration, his shooting capability, his point guard savvy, he can really pass the basketball, his energy about the game of basketball.”

So far, the 27 year old is proving the GOAT correct and has been a standout for the Hornets during preseason. And as much as I tried to give all the credit to Lin’s hairstyles, he’s getting too many rave reviews for the work he put in this summer and the results of it so far for me to be crediting the gel in his hair.

“If you put in the work, it’ll produce results. Jeremy went ridiculously hard this summer.” said The Professor who also worked out with Lin. “Way harder than people know. And in the couple pre season games this year it showed. Even MJ, the greatest player to lace ’em up acknowledged it early.”

Lin isn’t the only NBA guard to receive a few tips from the “super human dribbling machine,” last month at the Power 106 Celeb Game, the Professor showed the Lakers D’Angelo Russell and Jordan Clarkson a few moves including one he calls “The Moses Move.”

But back to Lin, it’s good to see him back to getting compliments and praise and hopefully all of the hard work and tips he got this summer – including the dance ones from Riley Curry – will pay off this season.