Whether he wants to be one or not, the Butler is becoming a star in the league and last night against the Melo-less, Shumpert-less & JR Smith-less Knicks he scored a career-high 35 points .

“All I can say is thank God for Jimmy Butler,” Bulls coach Tom Thibodeau said. “You can’t say enough about him.”

Butler also had a game-high 7 assists, 5 rebounds, 4 steals and 4 3-pointers. 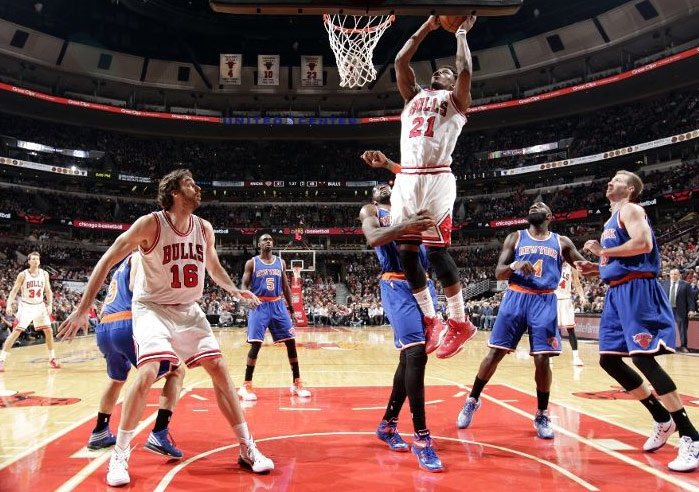