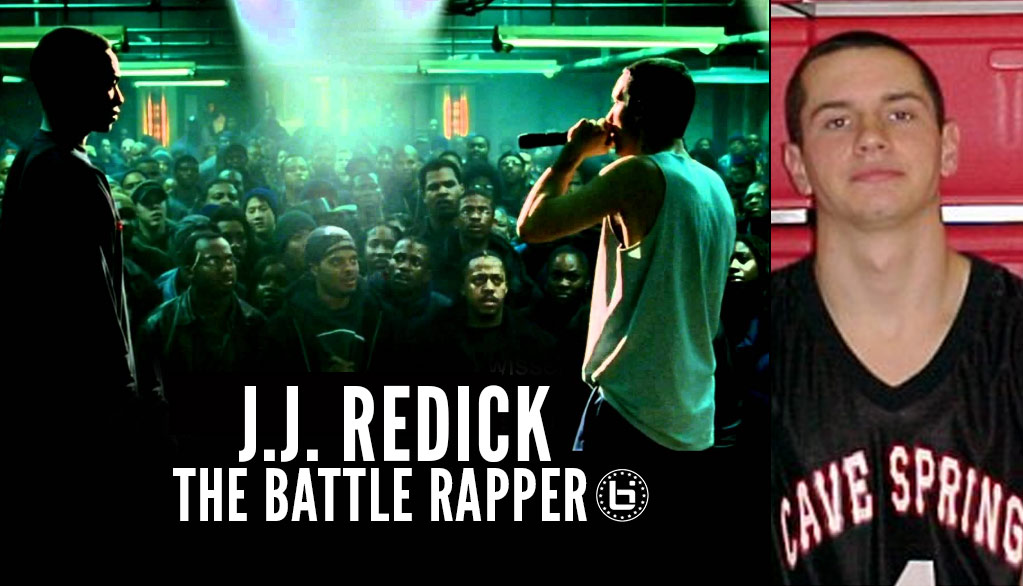 I’m one of those old-school heads new-school kids hate. The type of old school head that would actually wear the new Curry2 low sneakers and bore teens at the barbershop with unpopular “stuck in the past” beliefs. Like, I not only believe the 95 Bulls would murder the current Golden State Warriors but so would the 95 Orlando Magic with Shaq and Penny (they won 60 games and had a 40-game home winning streak with Shaq on the shelf for almost 2 months). I not only believe many of the most celebrated rappers of today are jokes compared to the greats of the Golden Age of Hip-Hop, but they aren’t even on the level of “second tier” and lesser-known greats of the 90s like OC, Master Ace, Big Pun, Pharoah Monch, Jeru The Damaja, Mic Geronimo and a bunch of other rappers that made Saturday mornings awesome in the 90s; Yo! MTV Raps for the first half and Rap City before NBA Inside Stuff in the second half of the morning.

I’m assuming you aren’t re-imagining any scenes from 8 Mile with Redick as Rabbit. You are probably thinking the rap battles were more like this.

If you listen to the recent episode of The Vertical Podcast (one of my top 5 favorite hoop podcasts), Redick goes 30 for 30 in-depth about his now mythical rap career as Karp shares a few epic stories about his career, which sounds like a hip-hop version of the 90s Orlando Magic team: Too young, too talented, too much early success and unfortunately a victim of economics and bad timing.

Here are a few highlights from the podcast (click here to listen to it).

He started dropping freestyles and battle rapping in school, against teammates and eventually opponents at AAU tournaments.

Formed a Duke version of the Wu-Tang Clan called PDF. He was the 8th man on the 9 member group, which I guess means he wasn’t the GZA since the Genius was always the last guy to rap in the group’s early and best days. (In 2009, Redick reportedly formed a “rap super group” with a single called ‘Waste Management.’ The album was never released and/or finished.)

He once delivered such a vicious punchline to Duke teammate Chris Duhon that the creator of the travel dance almost punched him.

Like Rakim, Redick had a notebook of rhymes containing years of lyrics. The book was eventually stolen and he’s hoping it never surfaces.

Although retired, you might still catch Redick driving and rapping the lyrics to Canibus’ Poet Laureate! Who doesn’t want to hear Redick rap these lines,

Mix the blood so it don’t coagulate
The sex magik won’t work if the bitch masturbates
I put her on cloud nine, look at her face
A cumulus lenticularis, a capsule in Space

Redick is willing to come out of rap retirement (has a rapper ever actually stayed retired? Jay-Z, Scarface, 50 Cent, Too Short, etc, etc) to battle James Corden on The Late Late Show, which might not be a good idea since Karp writes the lyrics for the host and this is how mean he’s willing to get,

You’re a D-League rapper, I’m a pick round one,
You make me feel like Doc Rivers because I’m coaching my son,
You think you can step dawg, that might be a glitch,
It’s just not a good fit, word to Josh Smith

Then again, Redick supposedly raps like a “vanilla version of Talib Kweli” and according to DeAndre Jordan, the former Battle Rap Legend of  Cave Spring High is the best rapper on the Clippers.