With a little more than four minutes remaining in the 76ers win over the Jazz on Monday night, Joel Embiid blocked a shot by Jazz rookie (steal) Donovan Mitchell, stared him down while he was on the ground and then flopped to the ground when Mitchell got up and gave him a light shove. The ref bit on the fall and called a tech on Mitchell, while Embiid was signaling the tech on the floor. The 7’0″ 250 pound troll king then got up, smiled and put his hands up in the air, asking the fans to cheer even louder. The sequence was another example that showcased Embiid’s talent and ability to entertain like Shaq used to do and Dwight Howard always tried to do.

After the game, Embiid took the entertainment level of the sequence a step further with his explanation of what happened: “I blocked the shot, then I said something to him, and then he got up and he kind of fake shoved me and I flopped and he got a technical foul. But it’s all fun. After the game we shook hands and it’s all about having fun.” 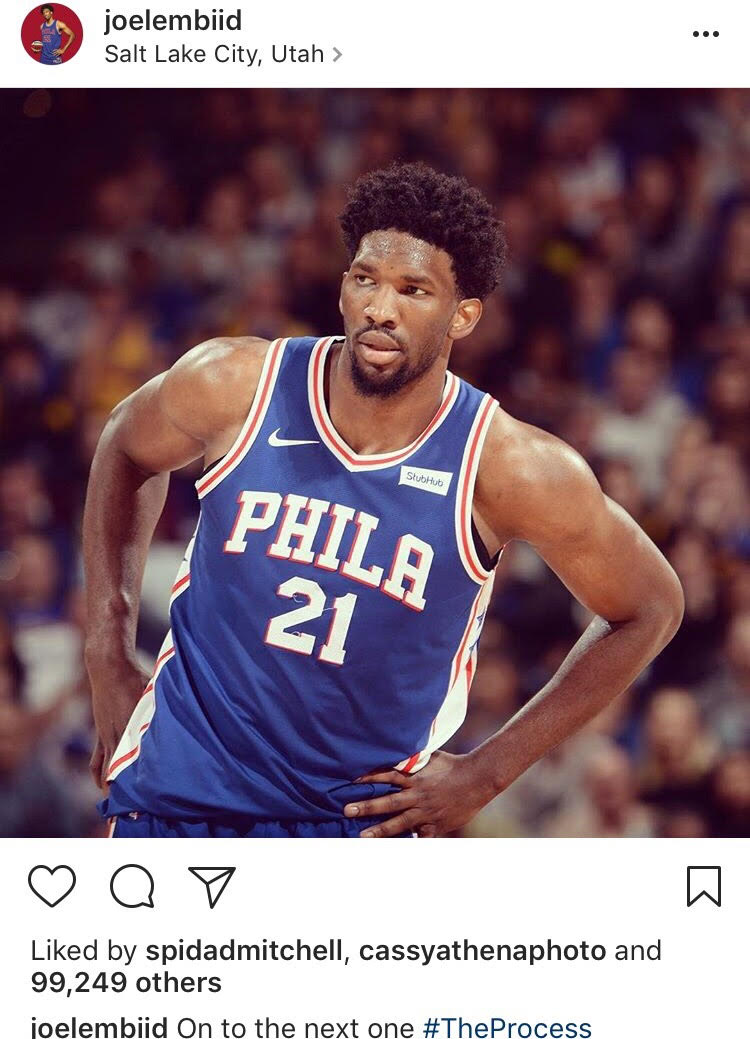 “I like our guys playing with an edge. I want them to feel some level of swagger and feel good about themselves.” Said Coach Brett Brown, when asked about the sequence. “That was a big play. It certainly got the crowd involved.”