Normal Powell tried first, then seconds later Jared Sullinger tried to dunk on Dario Saric and also had his dunk rejected in the 4th quarter of the Raptors LOSS to the red-hot (seriously!) 76ers. The best part about the two blocks from the rookie was the 76ers bench going crazy and Joel Embiid coping a feel on Saric’s butt with two hands. 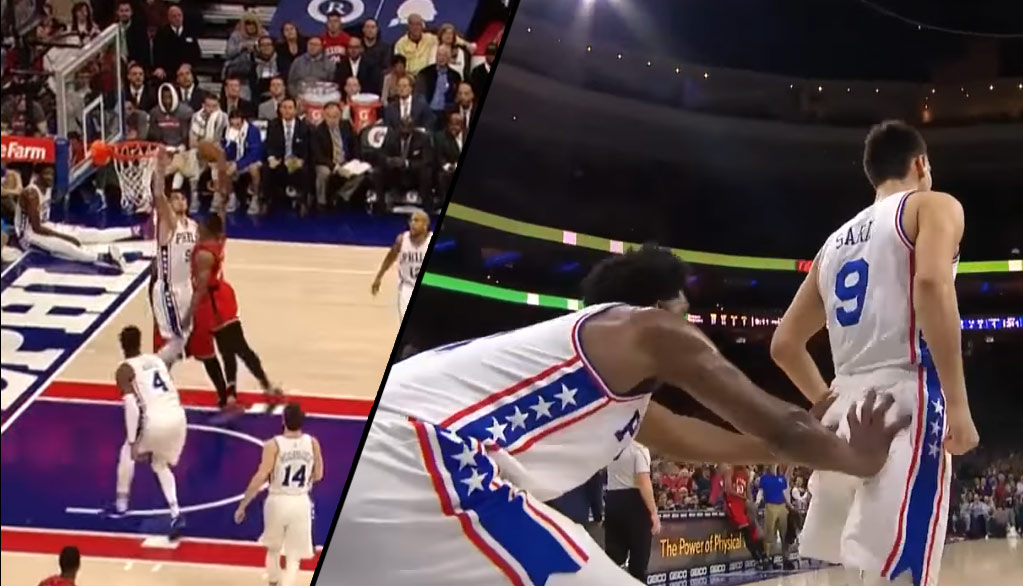 I’m not trying to start anything but what’s up with Embiid and these incidents. Last month we had Embiid and DeMarcus Cousins playing a game of “slap a$$” in the middle of the game and now this! I’m joking people.

As for Embiid’s performance in the game, despite having the flu, he still racked up 26 points, 9 boards and the game-sealing block in just 27 minutes. And the 76ers have now won seven of their last nine games! And I’m not joking either.