If the 76ers had a chance to get their first win of the season it was at home with Joel Embiid back in the lineup and the out-of-sync and winless on the road Pacers coming into town. It took an OT session and a dominant performance by the Rookie of the year favorite but the 76ers pulled it off with a 109-105 victory! The victory ended a 44 -game losing streak in the month of October/November (last win was against the Bucks on November 22nd of 2013).

“I want to be the best player and every time I step on the court, I think I’m the best player,” said Embiid, who also made 12 of 14 from the free-throw line. “And if the team needs me to do that kind of stuff — I think I’ve still got a long way to go — but I can do those types of things.” 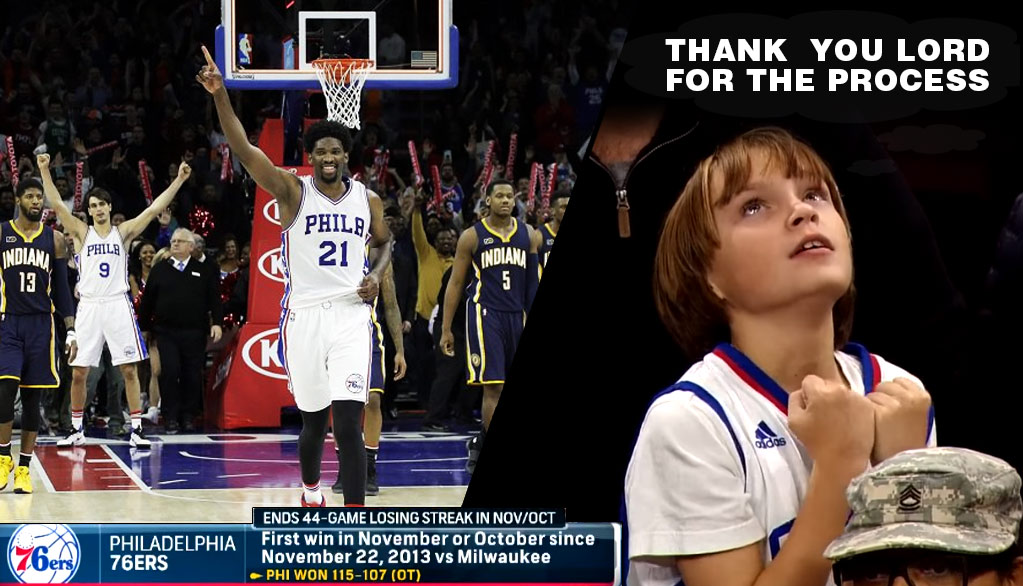