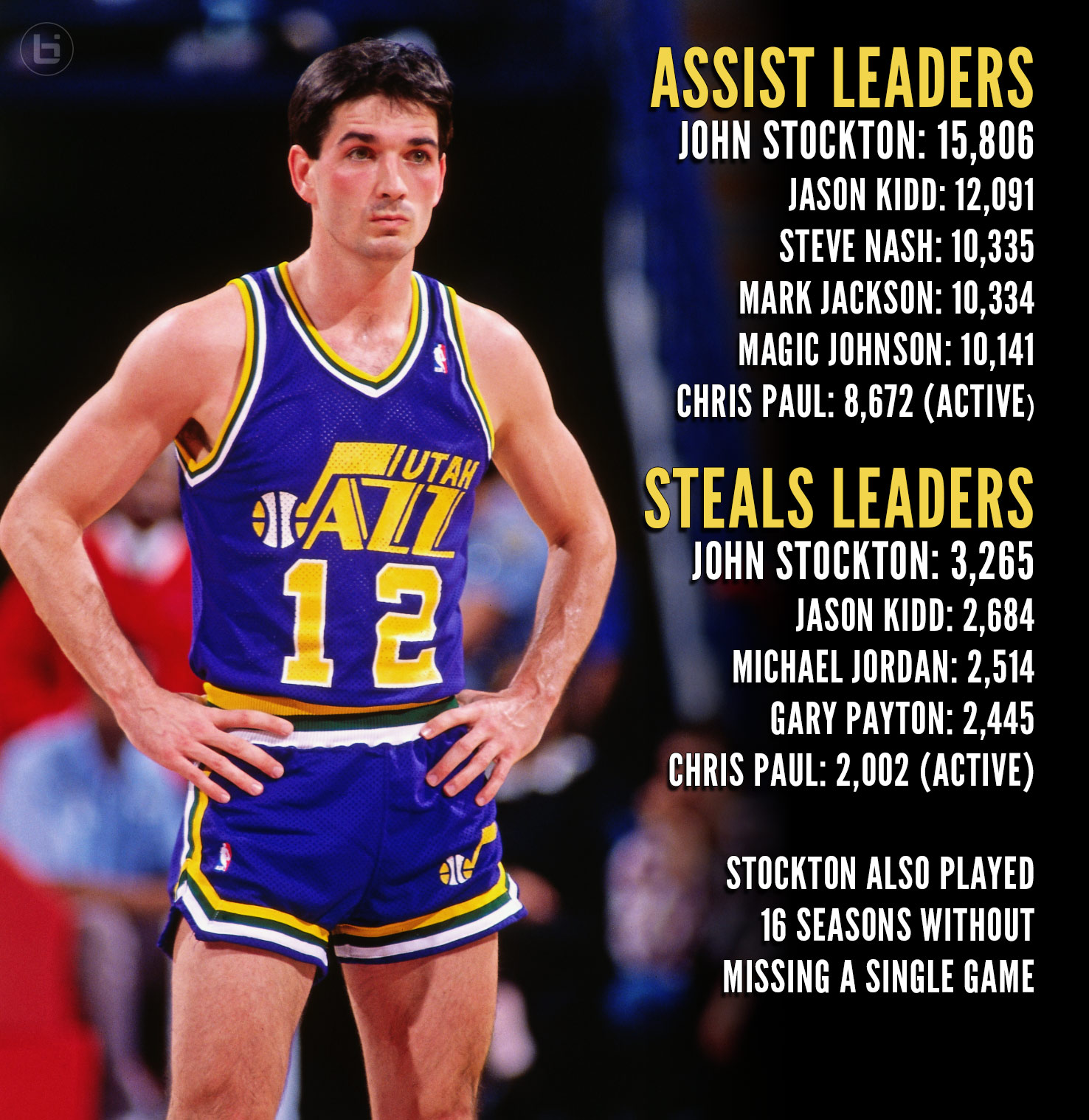 “There absolutely, positively, will never ever be another John Stockton – ever” – Karl Malone,

He has 3,715 more assists than No. 2 Jason Kidd and 5,471 more than No. 3 Steve Nash. In the steals department, Stockton has 581 more steals than No.2 Kidd and 1,263 more steals than active leader Chris Paul. At an average of 100 steals per season, CP3 will have to play about 12 more years to break Stockton’s record.

I would have loved to have played fantasy basketball in the 80s (if fantasy basketball existed in the 80s) and had him on my team. He averaged a double-double for 10 seasons and averaged 14 & 14+ for half of those seasons. His 1989 season featured some of the best fantasy stats I’ve ever seen: He had 20 PTS & 20 ASTS in 3 out of 4 games; 15 points and 19 assists in the non 20+ assist game. He also had two more back-to-back 20 assists games that season, including an 18-point, 27-assist performance!

In the past 40 years, his nine (11 if you count playoffs) 20/20 games rank only behind Magic Johnson’s 13. Nine is also the equivalent to the total 20/20 games of Jason Kidd, Chris Paul, Russell Westbrook, Steve Nash, Allen Iverson, and Stephon Marbury.

The only thing more SMH-worthy than those stats is the fact that the greatest pure point guard ever doesn’t have an NBA Championship ring.

One last SMH-worthy bit of information: the man Gary Payton calls the “hardest player he ever had to guard” was booed on draft night.

“I haven’t changed a thing. I haven’t even changed the length of my shorts,” Stockton at his retirement ceremony