Exactly 3 years ago, Serge Ibaka had 10 blocks in a game but missed a triple double because of 1 rebound and 4 points. I remember thinking how do you get the hardest part of the triple double but not get the 2 easiest ones?

Last night, John Wall had 10 rebounds (the hardest part of triple double for Wall) and 10 assists (which included the nice behind the back one above) but only had 9 points! So one of the most unstoppable guards in the NBA missed a triple double because of points.

“That’s why I tried to shoot that floater.” said Wall about about a last minute shot attempt to reach double digit points.

Oh well, the Wizards got the W against Orlando and Wall was presented with his NBA All-Star jersey before the game so everything’s good BUT it’s worth noting that Wall is the first Wizard to get double digits in boards and assists and not get a triple double since the underrated Rod Strickland did it way back in 1997.

Damn Wall…why you can’t you be more like ex Wizard Andray Blatche? 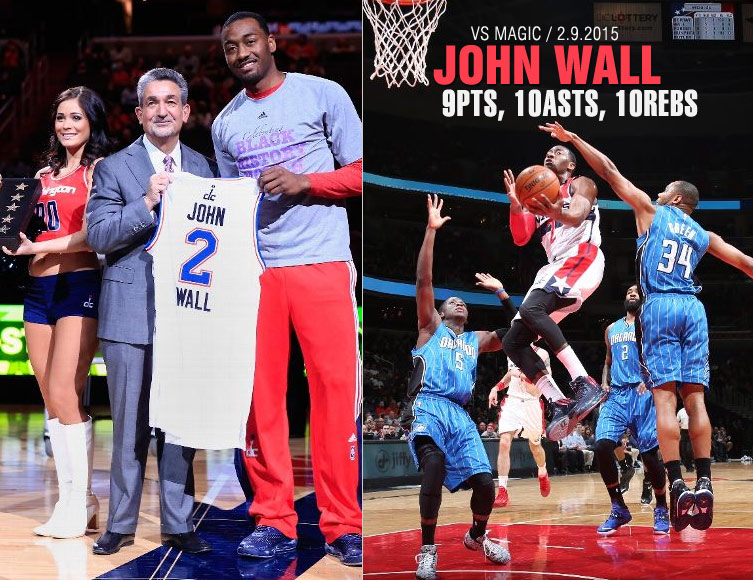